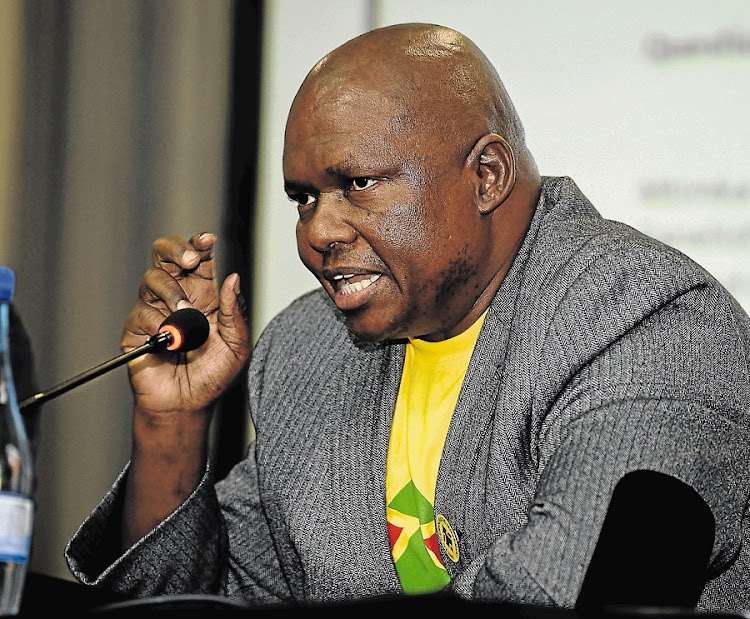 The assets in the estate of deceased UDM councillor Mongameli Bobani have been frozen for his alleged involvement in a criminal enterprise that looted Nelson Mandela Bay municipal funds.

Bobani died in November 2020 but his name appears throughout the charge sheet as having received payments totalling R2.4m.

Debt of R57,380 was also allegedly paid off for Bobani by one of the accused.

The seven people arrested in Gqeberha on Thursday morning for fraud, theft and money laundering totalling R26m, were released on bail after appearing in the Gqeberha magistrate's court.

This comes after a Hawks investigation linked them to the alleged irregular awarding of a tender to the service provider Milongani Eco Consulting CC.

It is alleged that the accused — together with Bobani, a former public health standing committee member — formed a criminal enterprise to ensure Milongani was given the tender, according to the charge sheet.

To conceal the funds given to Bobani, it is alleged the money was laundered through the bank accounts of 4 Sisters Trading and Dankovista.

In 2014, the Public Health Directorate within the Bay municipality had awarded the R26m tender to Milongani to do an environmental impact assessment.

The contract was reported to have been for a duration of three years, expiring in July 2017.

The tariff rate was said to have been R350 an hour.

Further allegations are that within 24-hours of signing the contract, an invoice of R1m was immediately submitted and paid by the municipality.

It is alleged that further payments were then made for services that were never rendered.

The case was postponed to January 28.