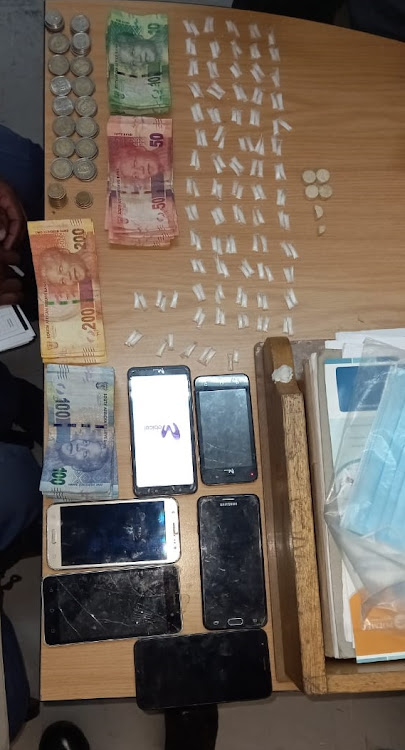 Police operations in Pearston led to the recovery of a substantial amount of drugs and cash at the weekend.
Image: Supplied

Drug raids by the police in Pearston yielded positive results at the weekend as two suspects were arrested and drugs with more than R11,000 seized.

“At about 9am the team recovered four mandrax tablets, 146 straws containing tik and a substantial amount of cash from a residence in Nelsig. A 43-year-old suspect was arrested for the Possession of drugs,” Rawlinson said.

The team then executed a second search warrant at 11:45am, at a residence in Khanyiso location. A 46-year-old suspect was arrested for the possession of drugs after officers found 21 mandrax tablets and 12 straws containing Tik, as well as another substantial amount of cash.

Rawlinson said the value of the drugs recovered during the operation is estimated atR 11,560.

Both suspects are scheduled to appear in the Pearston magistrate's court this week.