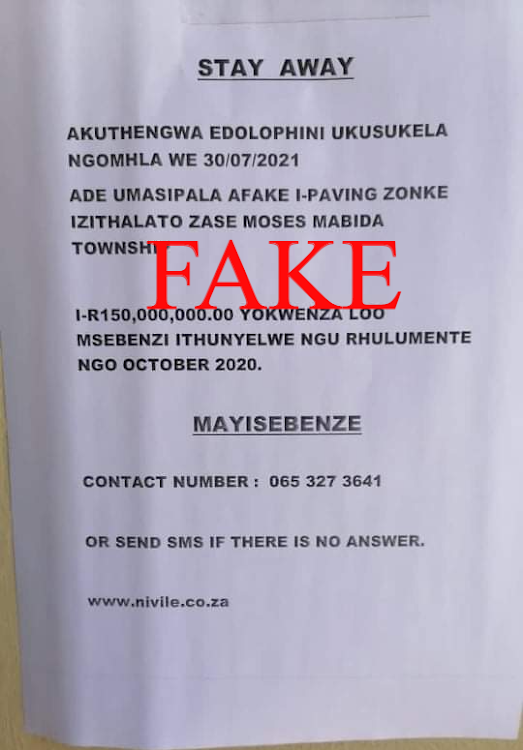 The Sundays River Valley municipality cautioned residents on Wednesday against circulating fake news alleging that the municipality had received R150m to pave roads in Moses Mabida in Kirkwood and that they should refrain from buying from shops in town from July 30.

“I would like to put it on record that the municipality did not receive R150m to pave roads only in Moses Mabida, but we have received funding from the office of the premier through the Small Towns Revitalisation project to pave roads in Kirkwood, Aqua Park, Bergsig and Moses Mabida,” Bixa said.

She said the project was already in the advanced stages.

She also cautioned residents against the circulation of fake news and being part of actions that could negatively affect the economy of the Sundays River Valley.

"[We] would like to call on every resident in the valley to refrain from any violent actions that may damage property and to stand together in protecting the economy and jobs,” she said.

Jaji further called on residents to alert the police if anyone was seen breaking the law.