Sentencing to get under way in case of convicted German murderers 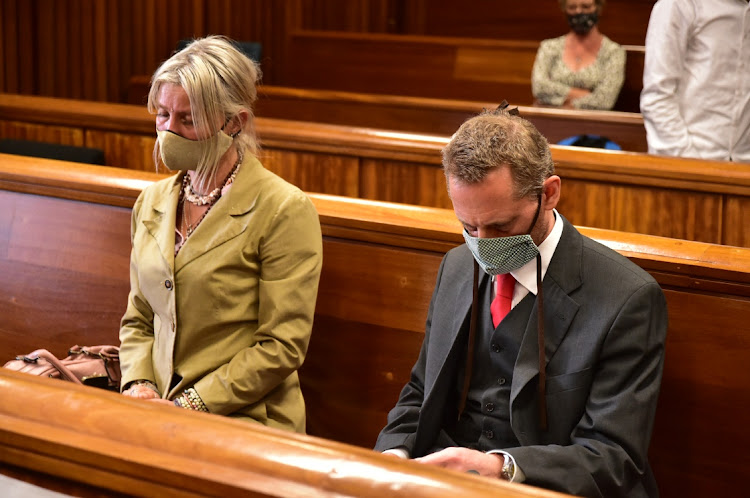 AWAITING FATE: Murder accused Kristina Adler and Jens Leunberg are due to be sentenced for their crimes in the Gqeberha high court on Tuesday.
Image: Eugene Coetzee

Sentencing proceedings of convicted murderers Jens Leunberg and Kristina Adler is expected to get under way in the high court in Gqeberha on Tuesday.

Adler, who is out on R20,000 bail, and Leunberg, her then-common-law husband, were convicted in March of the murder of fellow German national Claus Schroeder.

They were further found guilty on two counts of fraud.

After their arrests in 2011, Adler was released on bail while Leunberg had remained in custody.

Handing down judgment, judge Thembekile Malusi found that the state had proved beyond reasonable doubt that the pair were guilty of Schroeder’s murder, though his body had never been found.

After their convictions, Adler brought an application for bail which Malusi granted on the condition that she pay a further R20,000 for bail, that she not leave the local jurisdiction and she report daily to the Seaview police station.

Malusi had found the testimony of state witnesses to be reliable and dismissed Leunberg’s version of events as a “fabricated falsehood”. He also rejected Adler’s evidence.

Malusi found that Schroeder had been murdered by Leunberg after the sale of Schroeder’s Thornhill farm to the pair went awry.

An intricate scam committed by Leunberg and Adler saw them present falsified documents, purportedly  from a German bank, showing that they had the necessary finances to purchase Schroeder’s farm to start a business in SA.