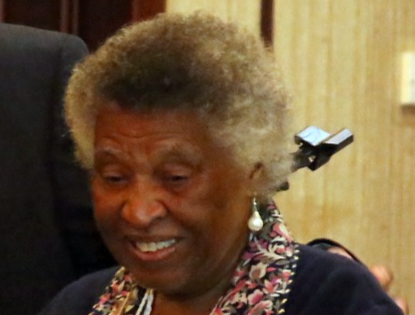 Messages of sympathy poured in this weekend after the news broke of the death of Milase Jumartha Majola, mother of former Cricket SA chief executive Gerald Majola.

Majola, 89, died on Friday. The cause of her death is unknown at this stage.

ANC regional spokesperson Gift Ngqondi said Majola had epitomised the struggle for the poor, for women and the disenfranchised.

Born on December 15 1932 to Grace and Wallace Moyake in Makhanda, the Moyake family soon relocated to Gqeberha in search of better opportunities and settled down in New Brighton.

Majola was one of four children and was affectionately called “Mhe”, a Sotho word for mother.

According to Ngqondi, the term was bestowed on her for the motherly role she played in guiding many young people during the 23 years of service she dedicated to the Ivan Peter Club.

After finishing her school career at St Matthews School and College in Keiskammahoek in 1951, Majola acquired her teaching diploma in primary education.

After returning to Gqeberha, Majola taught natural science at Pendla Primary in New Brighton before marrying Eric, who was a teacher at Johnson Marwanqa Primary.

They had five children.

In 1970, Majola was appointed as an assistant recreational officer for Bantu Administration (Ibhayi City Council) and was instrumental in attending to the holistic needs of both the youth and the elderly in New Brighton.

In August 1994, Majola was nominated for woman of the year by the Union of Jewish Women in Gqeberha.

In 1995, Majola received the Mayor’s Citizen of the Year Award in the Youth category.

That same year she was nominated for the Women’s Bureau/Pick n Pay Raymond Ackerman Award for outstanding social responsibility.

Majola was honoured for her contribution to developing the community in New Brighton, especially among the youth and elderly, in 2003.

The following year, she received a certificate from the Nelson Mandela Bay Municipality for Patriotic Volunteerism.

In 2008, the Eastern Cape department of sport, recreation arts and culture awarded Majola with a Nelson Mandela District Achievers Award in recognition of her volunteer work.

“Majola’s  passing marks the departure of a generation of exceptional leaders, who represented all the best values of what is expected from leaders of society, leaders who never put their own interests before those of the people,” Ngqondi said.

“There has been no finer role model for succeeding generations.”