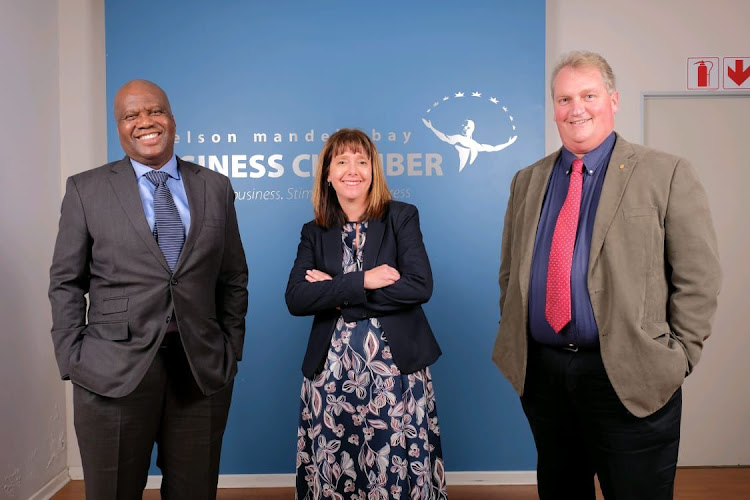 Loyiso Dotwana has been named the new president of the Nelson Mandela Bay Business Chamber and will spearhead its efforts to grow the metro’s economy through strategic planning and interventions.

The appointment of a number of new office bearers was announced by chamber chief executive Denise van Huyssteen on Thursday night.

Dotwana  said he was looking forward to the opportunity to make a difference in the city.

“Our city, despite its challenges, has a lot of untapped potential,” Dotwana said.

“As business, we face a perfect storm of challenges from a very serious water crisis to electricity challenges and a pandemic which is restricting economic recovery,” she said.

“And while we need to continue to lobby and advocate for an enabling environment, we also need to be thinking about the future and the economic opportunities which will emerge from all these changes.”

According to Van Huyssteen, the board comprises  25 individuals who represent different sectors of the local economy.

He previously served as chamber president between 2007 and 2009 and is a member of the Nelson Mandela University council.

Botha, of Joubert Galpin Searle, one of the biggest corporate law firms in the Eastern Cape, has played a key role on the chamber board for almost 10 years, and most recently served as the chair of its governance committee.

Nxiweni, chartered accountant and executive chair of the Improvate Group,  has more than 18 years’ professional experience and was a former partner at KPMG.

He recently served as a national board member of the Black Management Forum.

He has also served on the chamber board for three years and has played an active role on the governance and finance committees.