More than 100 firefighters back on the job 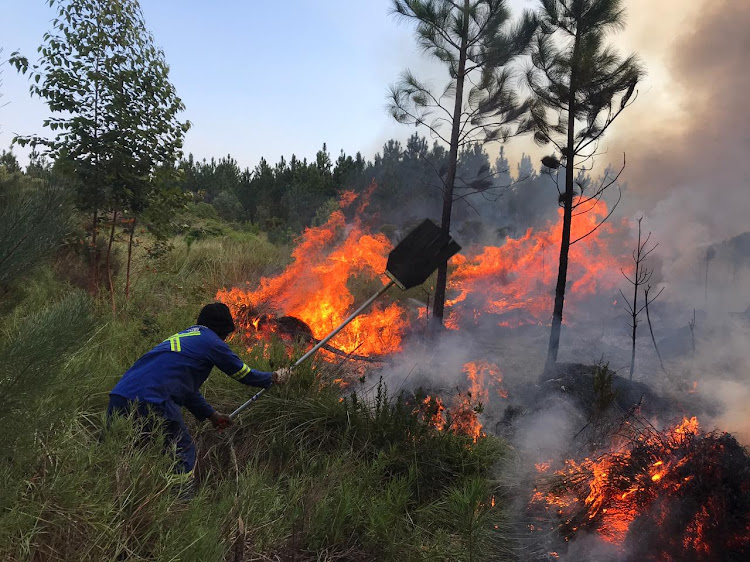 Dozens of firefighters have been deployed to assist as fire control operations continued in the Eastern and Southern Cape on Tuesday.

Six teams, consisting of two teams from the Southern Cape and four from the Eastern Cape, relieved fire fighters that had been working throughout Monday night.

“The two separate fires are being co-ordinated from the joint operation centre at Coldstream, near Lottering, and Koomansbos in Witelsbos,” Tsitsikamma fire communications officer Nthabiseng Mokone said.

More than 100 firefighters from six teams resumed the day shift, relieving the teams that were working at night.

While wind conditions were still favourable on Tuesday morning, fire fighting officials said they would monitor the situation closely as stronger winds were predicted later in the day.

Mokone said fire fighters were setting up firebreaks that could assist in preventing fires from reaching other areas.

The N2 and other routes that were closed on Monday were reopened, and visibility on the roads was no longer a major concern.