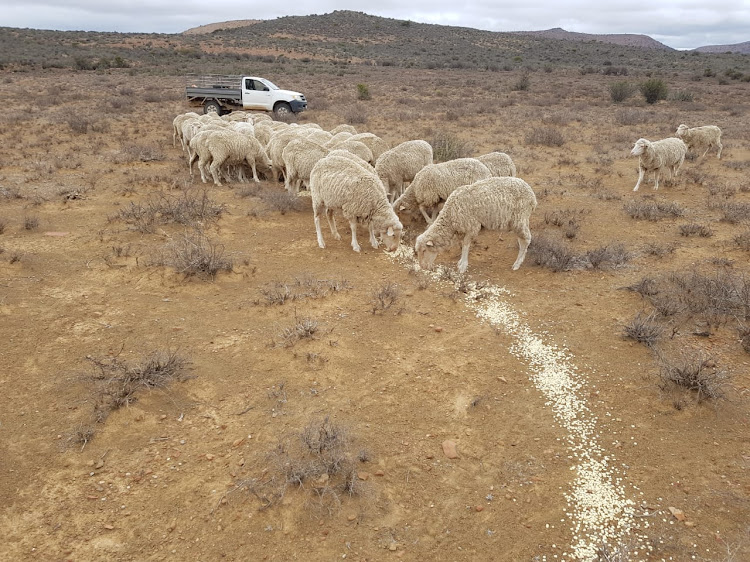 Sheep wool producers in the Eastern Cape region should expect a slight decrease in wool sales income due to the severe drought.

This is according to Cape Wools SA which recently concluded its 2020/2021 wool market season.

The Eastern Cape is the largest wool-producing province, having generated R1.2bn in foreign income from 13.5-million kilograms during the 2019/2020 season.

Despite the coronavirus having a major impact on most commodities globally, drought-stricken Eastern Cape farmers will endure a bigger impact due to Covid-19 regulations affecting trade with major buyers the US and China.

“Fashion brands were the hardest hit by retail sales, as duty-free shopping at International airports came to a halt.”

Cape Wools said the quality produced this past season was fairly consistent with the 2019/2020 year, although a high level of vegetable matter or simply seeds could be detected, which could be attributable to the drought.

Vegetable matter in wool results in an increase in the processing cost as well as a decrease in product quality through fibre breakage, resulting in income loss.

“It is also noticeable that the vegetable matter content in the Eastern Cape was higher than the national average.

“The volume produced in the Eastern Cape will be slightly down, which reflects the impact of the drought, but other regions are expected to maintain or even increase their production due to better rains in some of those regions,” Saayman said.

“Wool will always have a market due to its demand and the sophisticated consumer would like to buy products that are produced in a sustainable manner.”

Last week, Kouga mayor Horatio Hendricks appealed to the national government for R100m drought-relief funding to save farming in the region.

The Eastern Cape department of rural development and agrarian reform spent R35m for drought relief in the Sarah Baartman and Amathole district municipalities, which were identified as hotspot areas.

The funds were meant to assist farmers with feed and water relief.

During preliminary production statistics, drought-stricken districts such as Willowmore and Steytlerville in the Sarah Baartman district recorded decreases in production of up to 18% compared with the previous season.

Spokesperson Masiza Mazizi emphasised that the government’s role was to make sure farmers produced wool that was competitive on the market.

“The department’s role is to ensure that the provincial herd is free from notifiable disease and to enable smallholder farmers to shear class and market quality wool from compliant shearing sheds and also improving their genetics by providing good breeding,” he said.

Meanwhile, the Sustainable Cape Wools Standard has now received recognition from international wool trader and manufacturer Schneider Group, and will also be recognised as a source of sustainable, traceable wool from SA.

“Our aim is to get as many farmers on board the sustainability journey and provide an affordable solution for transparent supply chain visibility,” Saayman said.