Coega roped in to move manganese to Port of Nqura 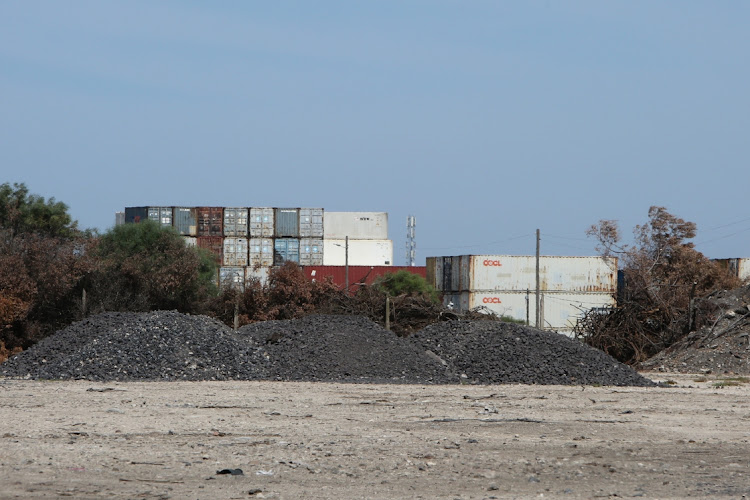 NOT WELCOME: Business owners in the Markman industrial area are complaining about manganese pollution as well as the damage done to the roads by trucks. Pictured is a large amount of manganese that has been offloaded next to the railway line
Image: WERNER HILLS

The Coega Development Corporation has been appointed to relocate the manganese terminal from Gqeberha to the Port of Ngqura.

The removal of the manganese from the port in Gqeberha has been a burning issue in recent years, with residents living along the beachfront calling for it to be relocated, saying it posed a health hazard.

Coega being appointed to remove the manganese will be widely welcomed.

Transnet National Ports Authority chief executive Pepi Silinga and Eastern Cape premier Oscar Mabuyane are on record as saying the manganese would be removed by the end of December 2020.

In a joint statement on Wednesday, CDC spokesperson Simlindele Manqina described the company as an implementing agent of choice for state-owned entities and the government.

“The CDC and [national port authority] are working to implement the terminal relocation projects, mainly the current operational liquid bulk and manganese terminals in Gqeberha at the Port of Port Elizabeth, within appropriate and realistic timelines.

“The CDC has been tasked to facilitate the construction and operationalisation of the Ngqura liquid bulk and the Ngqura bulk manganese facility.

“These facilities would be developed under the purview of Transnet, to assist and support their operationalisation.

“The CDC’s role will include the review of the design and scope of the work to ensure modern, state-of-the-art terminals that are designed to operate in accordance with world-class environmental standards and ensure their sustainability, in response to market needs,” he said.

Manqina said the current location of the tank farm and manganese terminal at the port in Gqeberha were in areas that in future would be part of phase two of the proposed waterfront development and an automotive terminal.

“The implementing agent agreement with the CDC will see [the national port authority] also receive technical support, delivery services and systems for the overall delivery of port infrastructure.

“The collaboration will also assist to develop other national strategic projects, including the gas-to-power project, slops operations, biofuels manufacturing and related logistics solutions,” he said.

“This mutually beneficial agreement between Transnet and the CDC is expected to have a notable multiplier effect on the economy of the country, for the benefit of the local community, society and the business sector at large.”