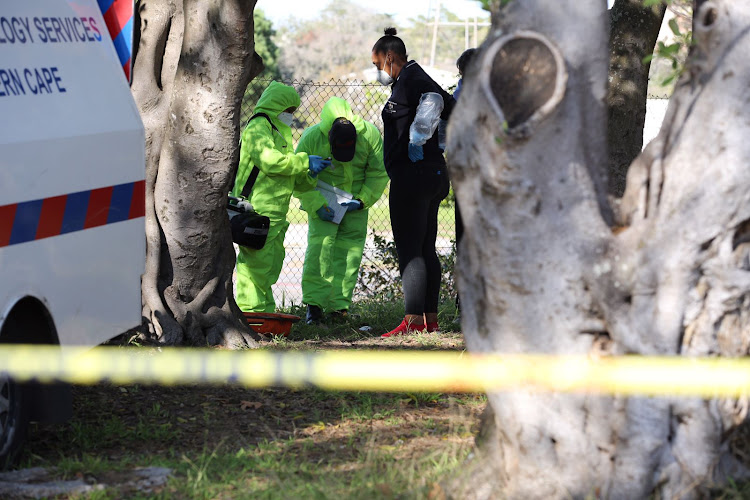 DISTURBING SCENE: The body of a 36-year-old man was discovered in Park Drive on Tuesday morning
Image: WERNER HILLS

The body of a 36-year-old man who had been shot in the head was discovered in Park Drive, St George’s Park, on Tuesday morning.

Police spokesperson Captain Sandra Janse Van Rensburg said a search was under way for the killers.

Janse Van Rensburg said the body of Paul Okechukwu was discovered by a passerby on his way to work.

His body was pointed out to police shortly after 8am by a security guard.

“He had sustained a gunshot wound to the head.

“His vehicle, a white Mercedes-Benz, was found parked nearby and has been impounded,” Janse Van Rensburg said.

She said the motive for the murder was unknown at this stage and that police were investigating.

Anyone with information that might assist police in their investigation is asked to contact SAPS Humewood or Warrant Officer Chris Kleinhans on 082-650-7564.