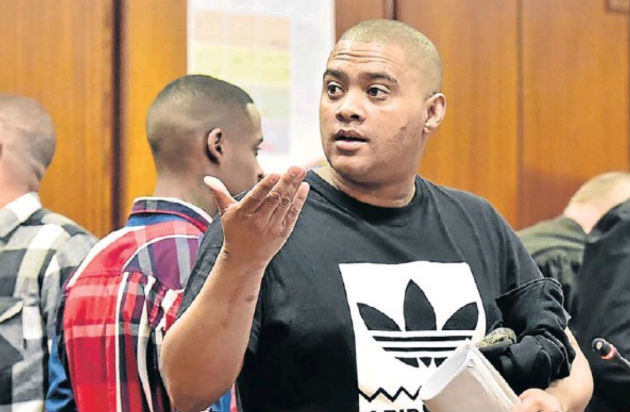 Judgment in the case against alleged gang kingpin Wendell Petersen got under way in the high court in Gqeberha on Monday.

Petersen and three others face a string of charges in relation to a 2015 triple murder.

The judgment has been set down for two days.

Petersen has been criminally charged for several separate murder cases but has never been convicted.

The 30-year-old is charged alongside Jermaine Mitchell, Glynn Carelson and Robin Taylor.

The men have pleaded not guilty to charges which include murder and conspiracy to commit murder.

Graham Kammies, who was also charged alongside the men, was subsequently acquitted.

It is alleged that on September 14 2015, within a matter of hours, the men worked together to kill Theodore “Tupac” Matthews, Ranjen Naidoo and Jermain “Jabilo” Essau.

Judge Mandela Makaula said the key witness in the case was a section 204 witness, who  told the court he had been involved in the commission of the offences and frequently made contact with the men on the day of the killings.

The witness testified that Petersen frequently changed his cellphone number and he had at least 18 different numbers for him saved on his phone.

Circumstantial evidence such as cellphone record evidence was also presented before court.

A total of 191 phone calls were made among several cellphone numbers allegedly used by the men on the day of the shootings .

Makaula said the only aspect in dispute was if the numbers belonged to the men as alluded to in court.

Petersen has vehemently denied being a gangster and the leader of the Dustlifes gang.

The state witness previously testified that he and Petersen had arranged to kill Matthews.

Matthews was gunned down allegedly by Mitchell and Carelson at the behest of the witness.

Petersen and the witness then made their way to Gelvandale and on the way met up with Mitchell and Taylor in Burt Drive.

A decision was then allegedly taken to kill Naidoo, who had a hit out on him instituted by now-deceased Donovan “Staal” Berry.

Berry was the leader of the Spotbouers gang and was shot dead in May 2016.

After allegedly shooting Naidoo, the men went to a house in Gelvandale, but then left for Petersen’s brother’s house in Tobias Street.

On the way there, they allegedly killed Essau.