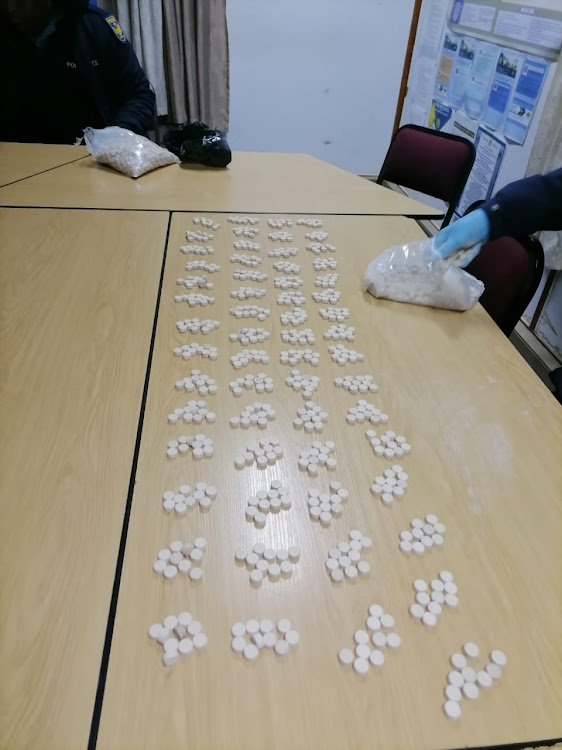 DRUGS CONFISCATED: A VW Polo driver, found in possession of 2,017 Mandrax tablets in Kamesh on Sunday, is to appear in court
Image: SUPPLIED

A 27-year-old man who sped off when police tried to stop him for driving during curfew hours on Sunday in Kariega, was later arrested for alleged drug possession, reckless driving and contravention of the Disaster Management Act.

The VW Polo driver was spotted by patrolling police in Caledon Street at about 11.50pm.

Police spokesperson Captain Gerda Swart said when police instructed the driver to pull over,  he had sped off.

Police gave chase and he was caught in Spekboom Street, Kamesh, where his vehicle was searched and 2,017 Mandrax tablets, weighing about 3.1kg, were found.

The man is due to appear in Kariega’s magistrate’s court on Monday on the three charges.

“Acting district commissioner, Brigadier Thandiswa Kupiso, commended the police officers for their alertness and good work which led to the arrest of the suspect and the removal of the drugs off the streets,” Swart said.