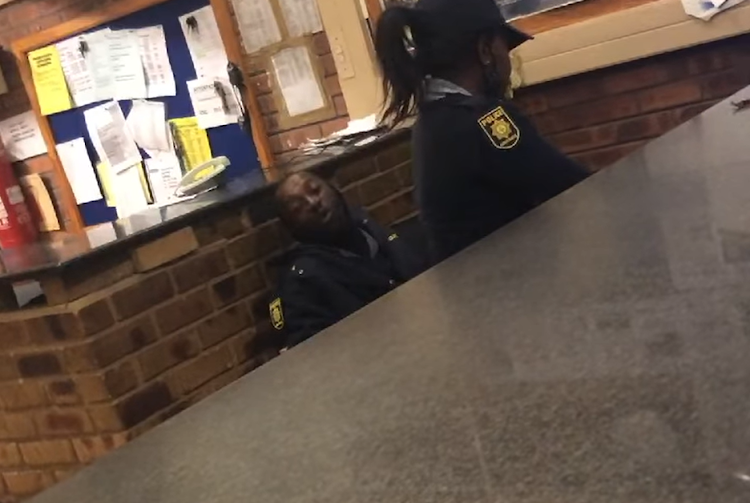 Provincial police commissioner Lt-Gen Elias Mawela has directed that an investigation into the incident be prioritised.
Image: Screengrab

An investigation has been launched after police at the Atteridgeville police station, west of Pretoria, were filmed allegedly ignoring a woman’s plea for help.

Lethabo Nontuthuko Mabena took to social media on Monday, saying she was harassed by a bouncer at a popular establishment in the area. Mabena said she went to report the matter to the local police station, but was denied help.

She claimed the officers said they could not help her because the incident happened at a “drinking place” and she should not “bore them”.

“A woman didn’t even want hear what I had to say. They went on to have their coffee as usual. Is this what our country has come to?”

So earlier on , I was harassed by a bouncer from a popular establishment mo Pheli . I went to ask for help from our...

Posted by Lethabo Nontuthuko Mabena on Sunday, May 30, 2021

Gauteng police spokesperson Capt Kay Makhubele said they were aware of the video.

“Firstly to find the complainant and be assisted accordingly and secondly [for an] internal investigation to be instituted against all the members who were on duty.”