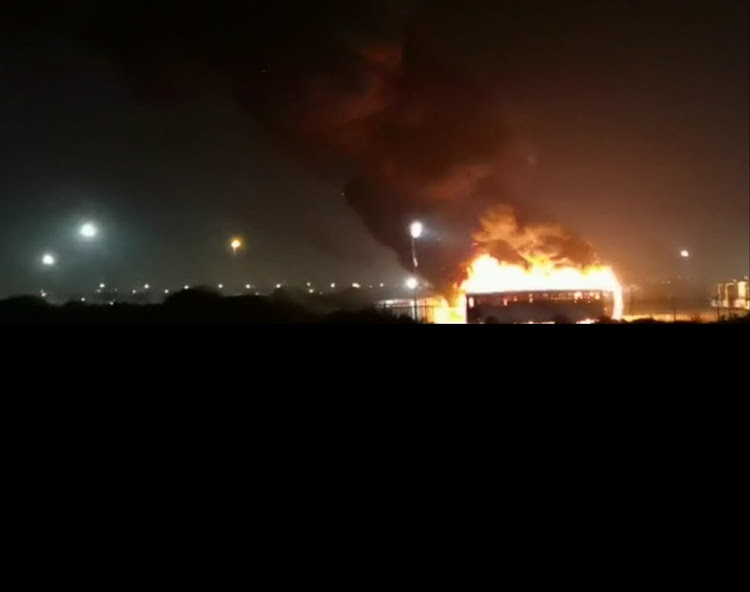 Several buses were set alight at the Algoa Bus Company depot in Motherwell on Wednesday night.

This was confirmed by police spokesperson Colonel Priscilla Naidu at 9.55pm.

However, Naidu said she did not have much information.

“A preliminary report is that buses are burning at the bus depot. [But there is] no other info available at this stage. [I] cannot confirm the number of buses on fire,” she said.

Algoa Bus CEO Sicelo Duze said: "I am sorry I won't be able to talk to you, thank you, bye-bye."

It is not clear whether the setting alight of the buses is linked to the ongoing taxi strike over Covid-19 money.

Taxi drivers have caused havoc in Nelson Mandela Bay with the strike, resulting in businesses closing shop while also setting alight a truck and intimidating motorists.