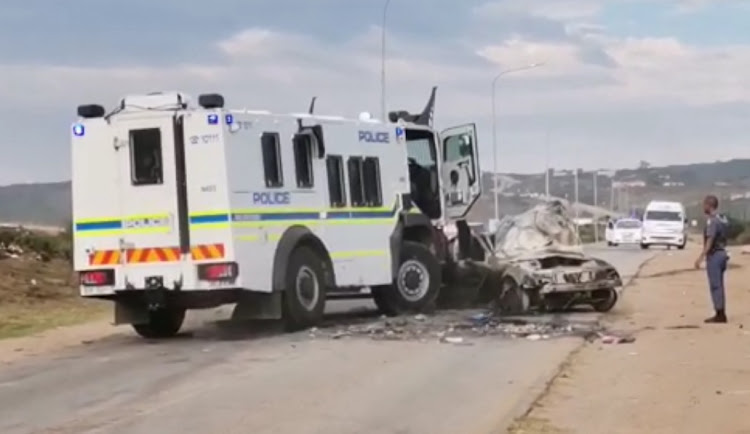 At least two vehicle, including a municipal bakkie, were destroyed during protest action in KwaNobuhle on Wednesday morning.

It has also been confirmed that a ward councillor’s office was set alight.

The councillor was not there at the time.

Service delivery protests started shortly after 6am, prompting a heavy police presence in KwaNobuhle and the adjacent R334, between Kariega and Rocklands.

In Ward 45, the office of ANC councillor Siphiwo Plaatjies was gutted and residents emptied bags of refuse into Bantam Road, next to the office, in an effort to obstruct traffic.

Pupils from  nearby Rocklands Primary School have also been unable to attend class due to the road closures.

Public order policing units were on the scene, working to clear the obstructed roads and armoured police vehicles were used to push the burnt-out wreckage of a car out of the way.

No arrests or serious injuries have been reported.