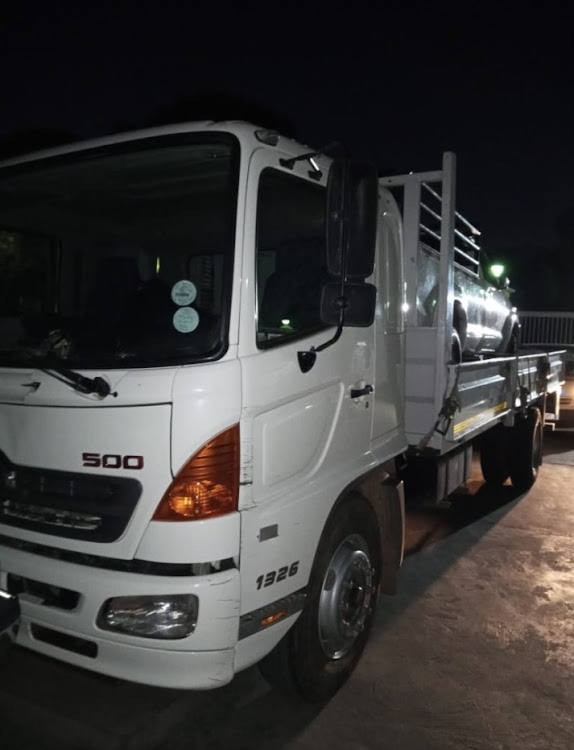 RECOVERED: Three suspects were arrested in Graaff-Reinet driving a truck that was allegedly stolen in Ngqeleni, near Mthatha
Image: SUPPLIED

A truck, allegedly stolen in Mthatha, was recovered at the weekend on the other side of the province — all the way in Graaff-Reinet.

Three suspects were arrested on Sunday when they were bust driving the truck that was allegedly stolen in Ngqeleni, near Mthatha, in April.

“The Graaff-Reinet Operational Command Centre was activated and they began searching for the vehicle near Graaff-Reinet.

“They spotted the vehicle and stopped it on the N9 on Sunday at about 5.30pm,” Tonjeni said.

He said the driver and two passengers were arrested, and were expected to appear in the Graaff-Reinet Magistrate's Court this week for the possession of a stolen motor vehicle.