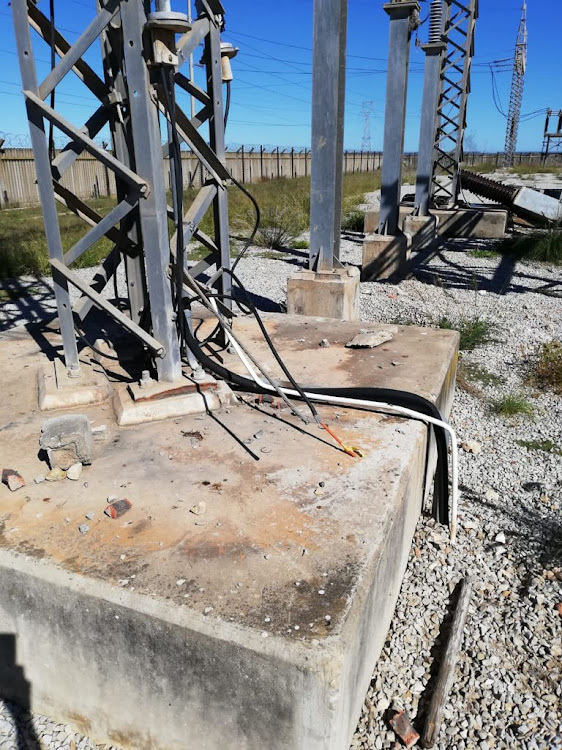 WANTON DESTRUCTION: The metro is fighting a battle against vandalism and theft, with a substation broken into, street lights knocked out of action and a community hall burnt down at the weekend
Image: SUPPLIED

The metro has condemned acts of vandalism and theft in which a substation was broken into, street lights were knocked out of action and a community hall was burnt down at the weekend.

Nelson Mandela Bay municipal spokesperson Mthubanzi Mniki said vandals broke into the Motherwell substation on Saturday and also struck in Stanford Road, where street lights which had been fixed over the past week were once again disabled.

“This busy road was left dark and dangerous for pedestrians and motorists alike.

“Cables were stolen and some light bulbs were broken,” Mniki said.

He said vandals had stripped the Motherwell NU30 community hall over the past three months.

“As if that was not enough, on Saturday the same hall was burnt down.

“All of these occurrences have a direct negative impact on service delivery.”

Mniki said in most of the incidents at substations, the theft of cables and electricity infrastructure like transformers was the biggest problem.

“A new transformer costs around R10m each.

“To buy a new one can take up to eight months.”

He said community halls and multipurpose centres were critical components of service delivery.

“Usually councillor offices are accommodated at these centres.

“Community meetings, events and other health and fitness and sporting activities are also commonly hosted at these centres.

“Both the NU29 and NU30 halls have been vandalised.

“The municipality condemns in the strongest possible terms the incidents of vandalism of municipal infrastructure that happened over the past weekend,” Mniki said.

Mayoral committee member for corporate services Annette Lovemore, who also chairs the anti-vandalism steering committee, said the bottom line was that vandalism was a crime.

“We take it very seriously when services to our residents are interrupted because thieves have broken into electrical substations or vandalised a water pump station.

“We have to spend ratepayers' money and time repairing damage when we should be moving forward delivering services.

“But we are making regular arrests and, with the help of vigilant citizens who report suspicious behaviour around our infrastructure, we simply must win this fight.”