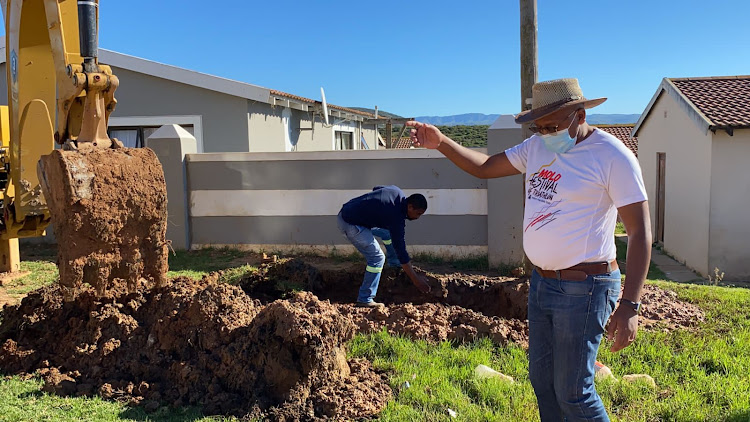 SAVE WATER: Infrastructure and engineering portfolio head Masixole Zinto visited KwaNobuhle at the weekend and urged residents to report all water leaks and use water sparingly
Image: Supplied

The portfolio head for infrastructure and engineering, councillor Masixole Zinto, visited KwaNobuhle on Saturday and urged residents to report all water leaks.

The metro said the intervention was as a result of the city continuing to battle severe drought with dam levels continuing to drop and now sitting at a combined 12.76%.

Gesidents in Gqeberha’s western suburbs were last week warned that they could expect their taps to run dry in August, while the same fate will likely befall most of Nelson Mandela Bay by the end of 2021.

The municipality indicated that KwaNobuhle would be without water by July 1, unless persistent rain fell.

Zinto called on residents to use water sparingly.

“KwaNobuhle is the first area that is anticipated to be affected if we don’t drop our water consumption.

“We are here to fix the 200 reported water leaks.

“Every weekend our teams will focus on a particular area to fix leaks, reported and unreported.”

Zinto said it was expected that the repair strategy programme would save the metro millions of litres of water, given that many leaks were not reported.

The acting executive director for infrastructure and engineering, Joseph Tsatsire, said residents should expect to see the water leaks teams across the city.

“We will dedicate this programme specifically to water leaks and from Monday they can resume their normal duties, which also include fixing water leaks.”

The metro cautioned residents to use water sparingly and to stick to the 50l a day restriction to avoid a dry July.

Residents are encouraged to report water leaks on the municipality app or to call 0800-20-50-50.