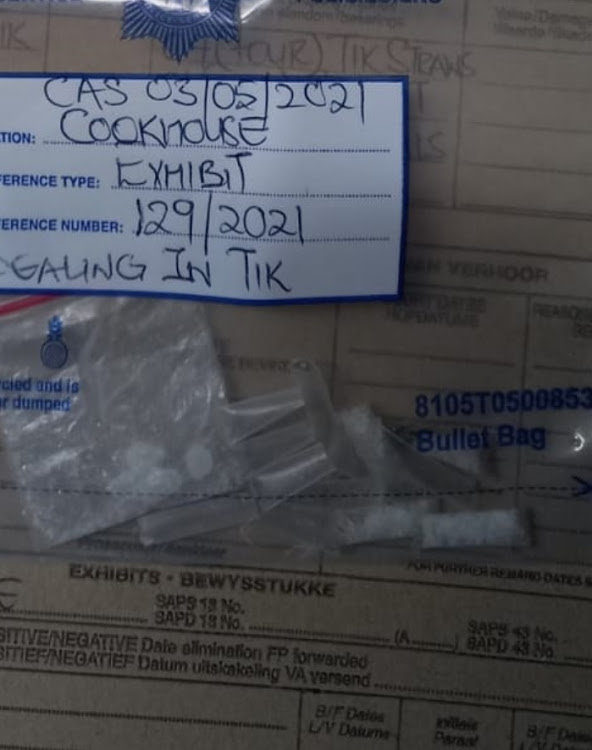 DRUG POSSESSION: Two suspects are expected to appear in the Somerset East Magistrate’s Court after being arrested for possession of tik in Cookhouse at the weekend
Image: Supplied

Special police operations in Cookhouse netted two suspects for the possession of tik on Saturday night.

The suspects, aged 19 and 29, are expected to appear in the Somerset East Magistrate’s Court on Monday after members of the Cookhouse crime prevention unit arrested them.

According to police spokesperson Captain Bradley Rawlinson, officers conducted operations in Newtown township and arrested the 19-year-old suspect after receiving information about drugs at his home.

He was allegedly found in the possession of four straws of tik.

“Information then led the officers to the home of a 29-year-old male in Newtown.

“A search was conducted and another four straws containing tik, as well as a sachet of tik and nine empty tik straws were confiscated,” Rawlinson said.

He said an undisclosed amount of cash was also seized. The estimated total street value of the drugs was R1,130.