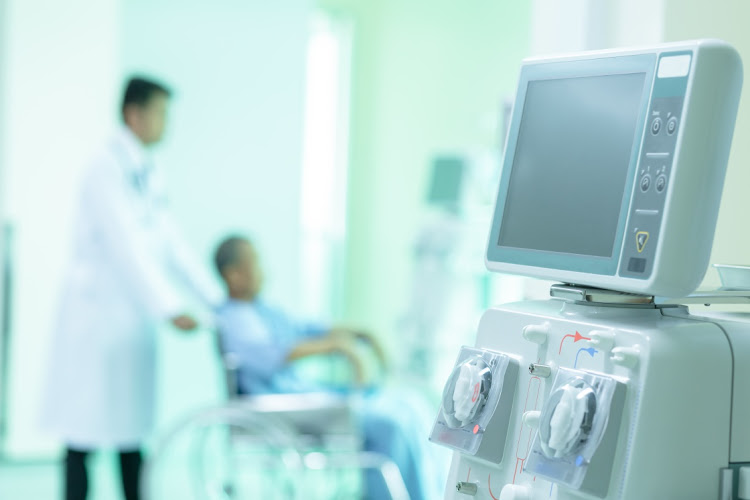 Operations were back to normal at Kariega's renal care clinic on Wednesday
Image: 123rf.com

Operations at the Uitenhage Renal Care Centre returned to normal on Wednesday morning, despite some patients being issued with letters suspending their dialysis treatment late on Tuesday.

The clinic’s dialysis unit at 122 Caledon Street in Kariega was closed on Tuesday amid an internal legal battle between the centre’s founders and its new management.

The dispute left scores of patients concerned for their wellbeing as they had to seek treatment elsewhere, and questioning the quality of their treatment at the centre.

Some patients were transferred to Life St George’s Hospital in Gqeberha and others missed their treatment on Tuesday.

Late on Tuesday, at least two patients were issued with letters suspending their treatment with immediate effect.

In the letters, the centre advised the patients to choose other facilities for renal care to make the necessary arrangements.

The letters were retracted on Wednesday morning, with  the patients receiving their treatment.

Company spokesperson Joha-Maine Andrianatos initially confirmed operations were back to normal before retracting her comment and promised to send a statement, which she failed to do by the time of publishing.

The Reverend Mongezi Qupe, who was among the patients who received letters, said they would continue receiving treatment at the centre and had arranged to meet senior management who would travel from Johannesburg to resolve the matter.

The centre’s management said on Tuesday it had no choice but to close shop after threats of violent protests.

This comes as the care centre’s new owners and its founders are locked in a legal battle over the rightful ownership and management of the facility, which provides crucial treatment for patients with kidney failure.

Concerned patients said on Tuesday they were dissatisfied with the clinic's state after its founders — Elize Deerling and Michael Jantjies — were sacked.

They said they had  been ambushed with new management and staff they were unfamiliar with, without explanation.

The facility, named Renal Wise when it opened its doors in 2019, was the brainchild of nurses Deerling and Jantjies and provided, among other services, dialysis treatment for kidney failure patients.

However, the facility landed in financial difficulty in 2020 and brought new investors on board.

Uitenhage Renal Care Centre has been the official registered owner of the business since September.

According to a statement by the new management, Deerling and Jantjies still each had a 20% share in the business, but they were employees and no longer managers.

They had been dismissed after allegedly failing to accept their position as employees of the service provider, the statement said.

Jantjies and Deerling said they had been advised by lawyers not to comment on the matter.

Jantjies said they would issue a statement later.