Dance those Covid blues away

Rob Thompson and the Linebackers ready to rock The Music Kitchen 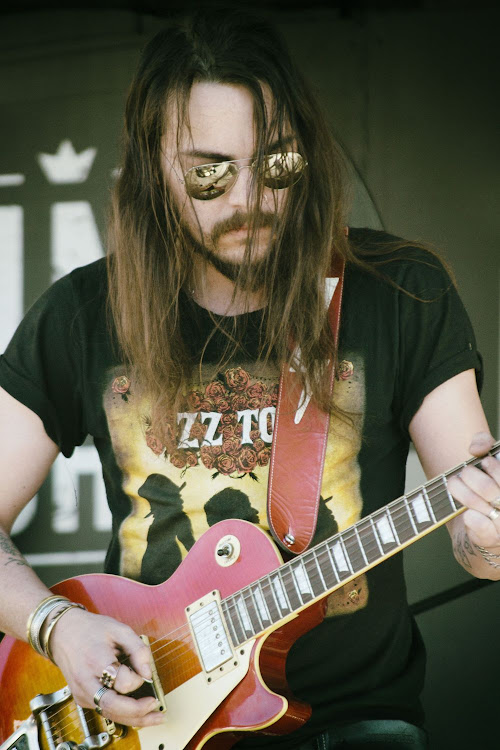 MOJO RISING: Rob Thompson and the Linebackers will perform at The Music Kitchen on May 1
Image: EMMA SYDIE

More than a year since Covid-19 brought the live music scene to a screeching halt, Rob Thompson and the Linebackers are back and will perform at The Music Kitchen next weekend.

The Gqeberha band return to the Newton Park venue on May 1 to give fans a nostalgic night of blues rock, drawing on their popular show, Ain’t Nothing But The Blues.

Excited to be returning to the live stage, Thompson said the audience would be treated to a night like the good old days at the Newton Park venue.

Ain’t Nothing But The Blues was a regular evening event dedicated to blues music and showcasing the multidimensional offerings of the Gqeberha music scene.

They hosted the show 16 times, once a month.

Thompson and his band performed covers of classic rock and some of his original music.

Fans can expect a similar experience on Saturday next week, when they perform again.

“We are hugely influenced by Jimmy Hendrix and all the great blues stars from the late ’60s and ’70s, so we’ll be playing some songs from those artists but we are focusing more than half of the show [on] my original music that I’ve written with the band,” Thompson said.

The performance will be a mixture of favourites and songs that have never been performed live before.

“I’ve been going through some of my song books and found stuff that I’ve never performed live with the band, so I’m quite excited about that.

“But we will also go back to some of the classics that people know and almost expect when they come to our shows,” he said.

The band had discontinued Ain’t Nothing But The Blues for more than a year by the time the lockdown was implemented.

However, they continued performing at other events in the city and surrounds.

“The music scene in PE had sort of hit a bit of a dip even before the lockdown but now that we can perform live events again, it seems like people realised that they have been missing out and are [keen to attend] live music events,” Thompson said.

They have not done any other regular shows since discontinuing Ain’t Nothing But The Blues.

“I would like to do a decent show at least every two months in the city, and hopefully set up some touring shows to cities close by.

“There’s nothing on the cards yet,” Thompson said.

During the hard lockdown, the band performed a few acoustic shows from home for live streaming.

Thompson, one of thousands of artists who struggled during the shutdown, when live events were prohibited for months, said he was getting back on his feet.

“The lockdown hit us all hard but I’ve finally got my feet back on the ground now, but it’s taken a lot of hard work for months,” he said.

The show starts at 7pm and tickets cost R100. Booking is essential because seats are limited.