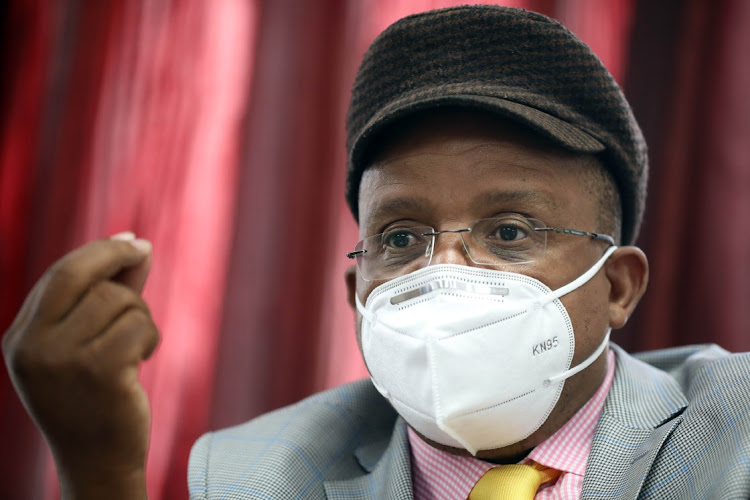 Suspended Tembisa Hospital CEO Dr Lekopane Mogaladi has hauled health minister Dr Zweli Mkhize to court in a bid to force him to appoint an independent tribunal to oversee his appeal against a damning report by the health ombudsman.

Health ombudsman Prof Malegapuru Makgoba found in January that the care rendered to patient Shonisani Lethole at Tembisa Hospital in June last year was not only substandard but also negligent and recommended that disciplinary action be taken against Mogaladi.

SowetanLIVE reports that in an affidavit, which forms part of his court papers filed before the high court in Johannesburg last week, Mogaladi said he had not heard anything from Mkhize despite having lodged an appeal against the report in February.

Mogaladi said he was launching the application in terms of the Promotion of Administrative Justice Act to compel Mkhize to appoint a tribunal to oversee his appeal against Makgoba's findings, which he did not agree with, said the newspaper.

TimesLIVE previously reported Makgoba found Lethole was not offered food during his stay at the hospital for 100 hours and 54 minutes; he tested for Covid-19 on admission on June 23 and died without receiving his test results; records by nursing staff indicate he died on June 29, but he was not declared dead by a doctor until June 30; it took 69 hours and 19 minutes before two registered medical practitioners could assess Lethole’s condition for the first time since admission.

The ombud recommended that disciplinary action be taken against 19 hospital staff, including some doctors and nurses, for their role in Lethole's death.

TimesLIVE also reported Mogaladi had denied some contents of the report, saying it had misleading information. He said not all staff members were interviewed, and affidavits from some patients who were witnesses were ignored.

The Gauteng health department said, however, that if Mogaladi wished to appeal against the report, he could do so independently. It committed to implementing the ombudsman’s recommendations.

— SowetanLIVE, with additional reporting by TimesLIVE