Iconic Struggle site sliding towards oblivion due to funding crisis

Liliesleaf farm used to be the nerve centre of the ANC. 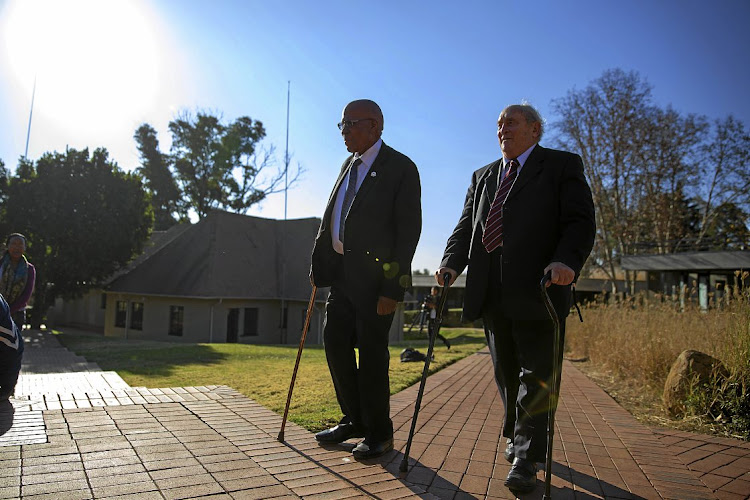 It is Liliesleaf farm outside Johannesburg, the official headquarters of the liberation movement in the 1960s.

The brains-trust of the ANC was arrested at Liliesleaf in 1963 during a police raid that set the stage for the epoch-making Rivonia Trial when Nelson Mandela and other Struggle stalwarts were found guilty of sabotage.

Liliesleaf was declared a National Heritage Site in 2012 and before that spawned the Liliesleaf Trust Legacy Programme under the watch of chief executive Nicholas Wolpe, a descendant of one of the Rivonia accused. The Legacy Programme promotes heritage through exhibitions, learning and dialogue programmes.

However Wolpe on Monday said all of this was grinding to a halt due to the combined effect of Covid-19 lockdown and a longer term heritage funding crisis. The site has closed and salaries haven’t been paid for three months.

“It is heartbreaking for me,” Wolpe told TimesLIVE. “The grass is overgrown and the place is unkempt. It looks horrible. The exhibitions are starting to be affected.”

Out of desperation, Wolpe started a crowdfunding campaign in the hope of financial rescue. He said government financial support dried up several years ago, and corporate support was following suit.

The demise of Liliesleaf coincides with a financial crisis affecting numerous independent historical sites and theatres, much of it predating Covid-19, notably Cape Town’s Fugard Theatre. The crisis is linked to government reluctance to fund “independent” heritage, cultural and arts organisations.

Said Wolpe: “We have relegated our history and marginalised it to the point where it is on the cliff edge — and Covid 19 has thrown that into stark reality.

“We need support to keep Liliesleaf operational because it will preserve our heritage. We need the State and corporate SA to come on board to support the heritage and history and culture because heritage in particular is the fundamental basis for framing and forging ahead with a national identity, with a sense of belonging,” he said.

“Our new struggle is the struggle against forgetting.”

He added that many less prominent sites were already slipping into oblivion.

“Liliesleaf is important, but it is about saving the sector in its totality,” Wolpe said.

Liliesleaf served as the nerve centre of the ANC, South African Communist Party and Umkhonto we Sizwe and the Congress Alliance between 1961 and 1963. Police raided the property on July 11, 1963, following a tip-off, arresting the core leadership of the underground liberation movement.

A total 21 people were arrested, of which six were defendants in the Rivonia Trial, among them Walter Sisulu, Denis Goldberg, Govan Mbeki and Ahmed Kathrada.

They were charged with 193 counts of sabotage against the State. Nelson Mandela was already in prison at the time, but became ‘Accused number One’ in the ensuing ‘Rivonia Trial’.

The accused were found guilty and sentenced to life imprisonment.

Wolpe is the nephew of James Kantor, one of two men acquitted in the Rivonia Trial. Wolpe’s father Harold Wolpe was head of ANC intelligence at Liliesleaf.