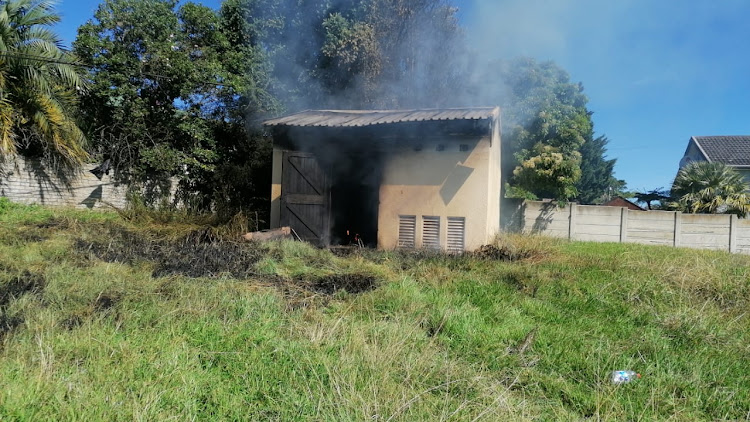 DEADLY EXPLOSION: Electrician Fanus Hulme, who was badly burnt when the Arras Road substation in Lorraine caught alight, was reported on Monday to have died.
Image: Fredlin Adriaan

The electrician who caught fire in an explosion at a Lorraine substation on Saturday has died.

“The incident happened while he was working on site at the Arras Road distribution substation.

“He was replacing a fuse on a low voltage board when the switchgear exploded.

“It is with shock and sadness that we heard about the untimely passing of the official in the line of duty.

“Fanie Hulme was one of the few artisans who sacrificed his time to be on standby over the long weekend.

“He passed on in the line of duty, serving the community of Nelson Mandela Bay. We would like to send our deepest condolences to his family and colleagues,” Namette said.

Staff are attending to outage. No timeframe.

On Saturday, resident Deon van der Merwe said he heard the explosion in the substation next door to him at about 1.15pm and knew immediately what it was.

“We’ve been without electricity since yesterday afternoon and I saw a municipal bakkie at the substation earlier so I knew they were working on the problem.”

He said when he heard the explosion he ran to his gate and was still letting himself out when he saw the electrician run out the building on fire.

“I shouted to him to roll and by the time I got out, the neighbours from the other side were also there with a blanket to help put out the flames.”

He said the neighbours had already called an ambulance and they sat with the burnt electrician while they waited.

“We tried to keep the sun off him and spoke to him to make sure he stayed conscious.

“The other guy was already outside in the bakkie.

“When the medics arrived they were excellent the way they treated him and put on the gel. They said he had suffered about 70% burn wounds.

“Everyone was excellent the way they came together. It was good to see.”

Metro spokesperson Noma Gara said repairs to the Arras Road substation were under way and a section of Lorraine had been hit by an electrical outage but this would be restored as soon as possible.