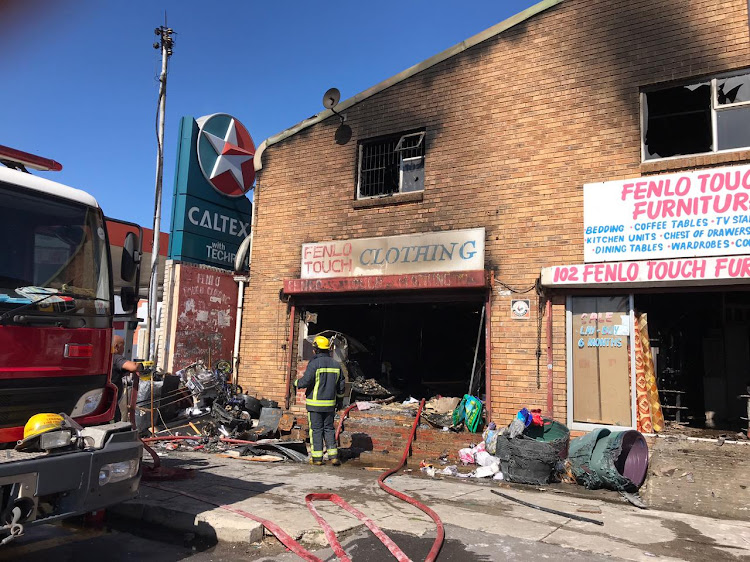 BURNT OUT: Emergency workers at the scene of the fire in Sidwell on Wednesday morning
Image: Werner Hills

Three people, including a one-year-old child, burnt to death in a fire that engulfed their Commercial Road premises early on Wednesday morning.

According to Gqeberha police, a private security company was alerted to a fire that had started in Hart Street, Sidwell, at about 4am.

Police spokesperson Captain Sandra Janse van Rensburg said it was understood that the fire had started at a scrap business in Hart Street and then spread to a clothing and furniture business in the same building which operated from Commercial Road.

The victims lived above the business.

“The bodies of two adults and one infant were found on the first floor of the premises,” Janse van Rensburg said.

“An inquest docket has been opened for further investigation.

“The names of the victims cannot be made known  until their next of kin have been informed.”