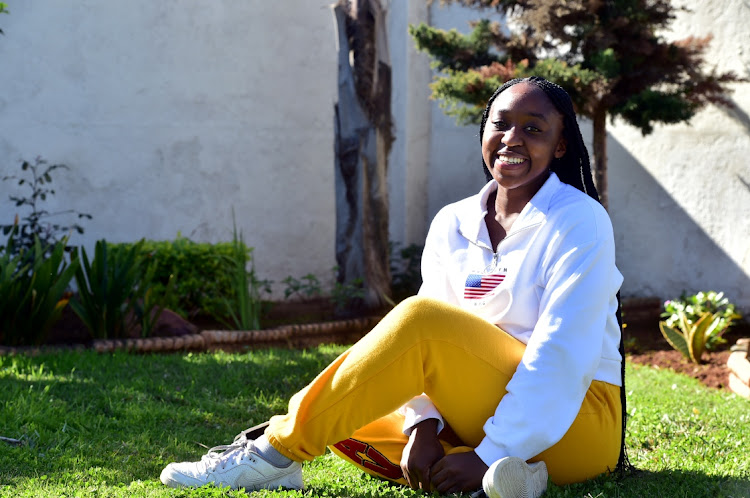 UNCERTAIN FUTURE: Taboka Ndhlovu is hoping to study at the University of Stellenbosch
Image: EUGENE COETZEE

As if 10 months of disrupted education were not enough, matriculants hoping to start university now face a new year of uncertainty and stress as Covid-19 rips into their dreams.

There is the strain of waiting for the grade 12 results, pushed back to February 23 instead of early January, before they know if their university placements are secure.

And then, even if against the odds their marks are good, they may not be able to put a foot on campus or meet fellow first-years as, although classes are due to restart in March, many institutions are urging students to stay online.

Sanctor High School 2020 matric Junaid Kynoch, 18, for example, is not sure when, or if, he will be able to start his BEd at Nelson Mandela University.

In addition, the Arcadia youth said most of his friends were not eager to hear matric results: “It’s like they don’t care about what the outcome is because they’re ready for the knock.

“Maths and science were our biggest concern because we didn’t get enough time to consolidate the work,” Junaid said.

“We lost one-on-one contact with teachers and with the pressure and reduced amount of time we had, we didn’t know if we were coming or going.

“Now we’re waiting for the results to come but, with the leakage of those papers, we are very worried about how Umalusi will treat them.

“It’s just an unknown, like an invisible ball thrown at us and you can’t see where it is coming from.”

Their families were among those hit by unemployment over the pandemic, which added to the strain.

“There was literally no pocket-money for us so we would run out of data and struggle to catch up with our work, which we were doing on our phones,” Simamkele said.

“The data the government gave us was not always enough for the tutorials and yes, we were grateful for the tablets, but they only came later.”

Amahle hoped to study electrical engineering at Walter Sisulu University (WSU), or marketing at the Cape Peninsula University of Technology (CPUT), and would have appreciated more guidance.

“I’m so confused, I just didn’t know what to study,” the Kwazakhele teenager said.

“I wanted to have excellent marks and that was attainable, but because of Covid-19 I had to stay at home, where few people work, with no internet, where it is very noisy and there’s a lot happening.

“So although I’m hoping for the best marks, the pandemic crushed my enthusiasm and passion.”

Simamkele,  who stays in Zwide, had planned to study media and communication.

“I didn’t qualify for the universities because my marks were really bad.

“I can get in at a private college, but unfortunately, since it’s private, I need funding.

“So I can’t get in as nobody is working, so nobody is be able to sign for the student loans.”

‘Back to school’ stress on rise

Even matriculants at former model-C schools, or whose socioeconomic status might provide a financial cushion, have concerns about the year.

They echoed the despondency of their peers, saying that staying at home was demotivating and made it harder to focus on studies.

Pearson High School pupils Taboka Ndhlovu, Phaphama Ncoyo and Liebe Venter all said that Covid-19 had thrown a spanner in the works.

Liebe, 18, plans instead to work as an au pair abroad.

“I initially applied for a BSc in maths and science here at Nelson Mandela University so I’d like to continue with that going forward and then, hopefully, get into a medical degree or psychology.

“What put me off is that learning online isn’t as effective for me as learning in person, as I’m a hands-on kind of learner.

“Also, we won’t have the first-year student experience that we usually would have,” she said.

Taboka, 18, is still due to start at the University of Stellenbosch, but her course of study — viticulture and oenology — calls for extensive practical work which may not be possible over the pandemic.

“I am excited about going to uni and doing what I want to do, but I’m also sad because we’re going to be missing out on so much,” she said.

“There’s also a social aspect to uni where you network with students from all over South Africa.

“In high school, you’re around people that are very similar to you, but at a university there are people from all walks of life, from everywhere.

“And are we going to be able to meet new people, and make new friendship groups in the same way, with having classes online?

“My degree is also something that is more practical and it’s going to be pretty difficult to get experience at a winery because we’ve heard the harvest may still be cancelled.”

Phaphama, 18, hopes his plan to study a BCom at Wits University will still work out.

His family have friends in Johannesburg which he hopes will make the lack of on-campus interaction easier.

“They probably won’t allow us on campus but I’m really lucky that my mom has two best friends in Joburg whose children I am best friends with — I basically call them my cousins, and they’re both in matric right now.

“But I’m just still hoping I can get a bursary as well, just to make things easier to lighten the load on my whole family,” the Summerstrand teenager said.

The lack of orientation and social interaction was still a concern.

“My friends are just tired of the same routine, they want to go back to school or varsity and start interacting with their friends again.

“Getting our marks late is a strain, especially if maybe the academic year will go on to 2022.

“It’s very depressing but I’m trying to be optimistic about it.”

Junaid has advice for classmates who may not get the pass marks they need.

“When the rewrite comes, take the opportunity with both hands, because sometimes you need that knock, to give you that motivation to push you onwards,” he advised.

“Tell yourself, OK, I need to put my A-game in it now because my future is at stake.

“We’re young, so, if there is a knock, take it now because we can still make a plan for the future. I believe in second chances.”