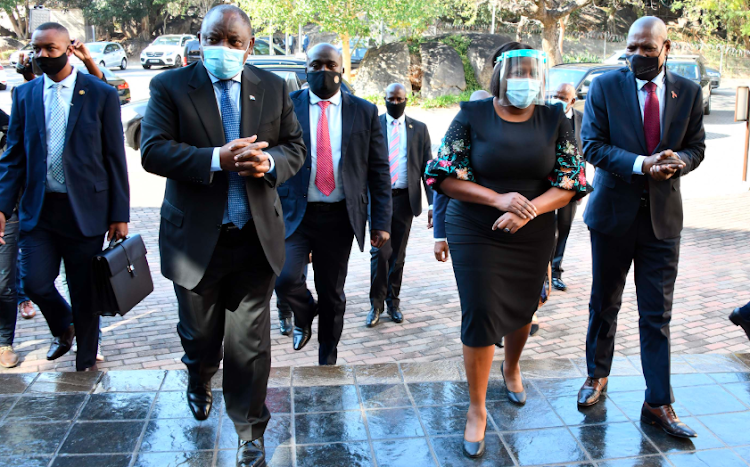 Mpumalanga premier Refilwe Mtsweni-Tsipane says she was only without a face mask for a brief period on Sunday, at the funeral of late minister in the presidency Jackson Mthembu.

The premier's office said it noted the images circulating on social media, depicting her without a mask as prescribed by the state of disaster regulation aimed at combating the spread of Covid-19.

This was a temporary glitch that was swiftly resolved, the office said.

“Upon arrival at the cemetery and disembarking from her vehicle, the premier’s mask was somehow damaged and she was oblivious of that when it fell. She thought it was intact as it was the case throughout.

“The premier’s aides promptly sought a replacement mask, which the premier utilised for the rest of the proceedings.”

Mtsweni-Tsipane emphasised the importance of adhering to the Covid-19 regulations and urged the public to constantly wear masks, practice social distancing and sanitise or wash hands frequently.

She extended her “sincere apologies to the people of Mpumalanga and the country for that brief moment wherein her mask fell without her being aware or conscious of it.”

#JacksonMthembuFuneral If she tests positive in the next few days she shouldn't be surprised... pic.twitter.com/FhwccmNGfm

This is the funeral of Cde Jackson Mthembu who lost his life to this dreadful virus. He who was at the forefront cajoling and encouraging society to comply with COVID-19 safety measures. Why is the Premier of MPumalanga province not wearing a mask? Where is law enforcement? pic.twitter.com/oGJeADCsNH