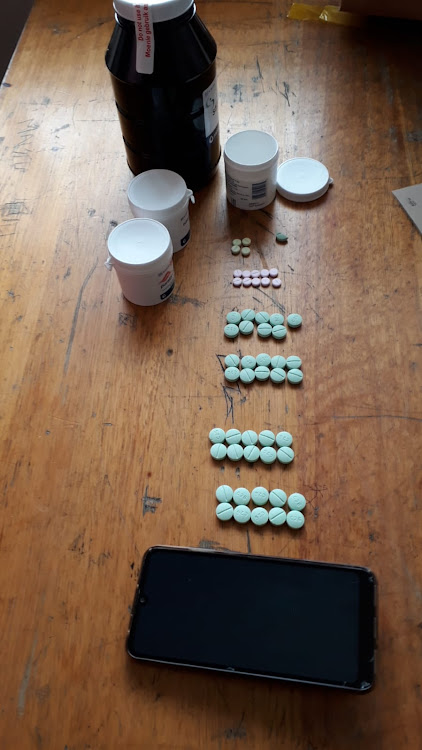 A woman was arrested in Bethelsdorp for illegally selling prescription drugs to the public.
Image: Supplied

Port Elizabeth police arrested a 40-year-old woman on Monday for selling prescription painkillers and anti-anxiety medication at a house in Bethelsdorp.

Police spokesperson Colonel Priscilla Naidu said members of the Anti-Gang Unit acted on information that led them to a house in Bowkers Street  at about 10am, where the suspect was allegedly selling Schedule 5 medication to people without prescriptions.

“The estimated street value of the tablets is R 1,100,” Naidu said.

A cellphone was also confiscated.

Stilpane  is a strong pain medication, while Purata and Brazepam are both used to treat symptoms related to anxiety.

The suspect is expected to appear in the Port Elizabeth Magistrate’s Court on Tuesday.