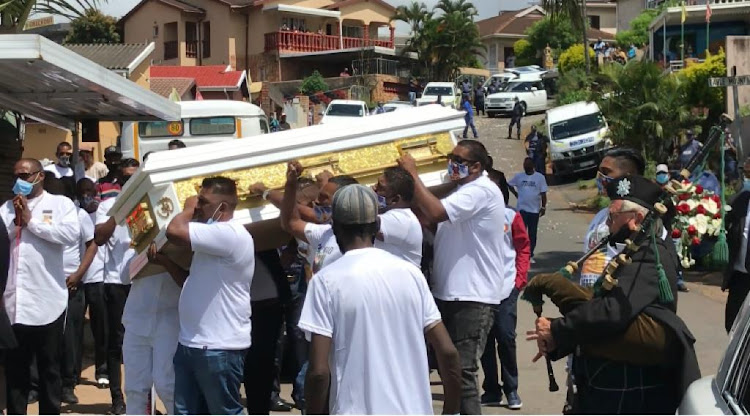 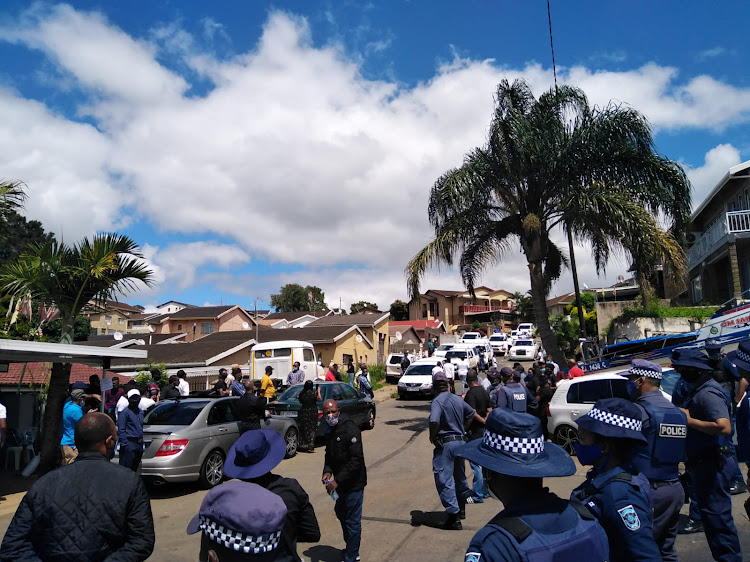 Amid a strong police presence of both SAPS and metro police members, neighbours, friends and onlookers gathered in their numbers in the street on Thursday morning.

There were less than 50 people at his house. In the street there were about 100 people who were standing socially distanced apart.

The funeral of suspected drug kingpin #TeddyMafia is underway as his body arrives at his home on Taurus Street in Shallcross. It at this very home where Yaganathan Pillay was gunned down on Monday, his attackers being subsequently shot, beheaded & burnt ⁦⁦@TimesLIVE⁩ pic.twitter.com/D08FzAld4u

The 63-year-old grandfather was gunned down on Monday, setting in motion a sequence of gory events which saw his two alleged attackers shot, decapitated and their bodies burnt in full view of the public.