Bay councillor respected as an ethical leader and a gentleman

Bay councillor respected as an ethical leader and a gentleman 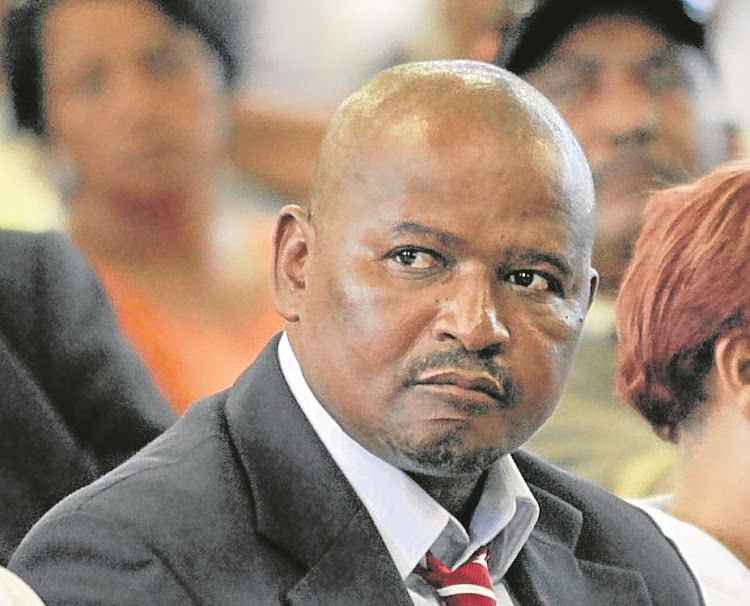 Described as an ethical and moral leader, ANC councillor Mike Kwenaite has become the latest high-profile person to die from Covid-19 complications.

Kwenaite, 56, died on Tuesday at Cuyler Hospital, in Uitenhage, where he had been admitted almost two weeks ago.

After an eight-year absence in council, he was sworn in as a councillor in January as a result of the sudden death of former deputy mayor Bicks Ndoni.

The ANC announced Kwenaite as its mayoral candidate before the DA’s Nqaba Bhanga was elected mayor on December 4.

Nqakula described Kwenaite as a hardworking and principled activist and comrade.

“We wish to convey our sincere condolences to the Kwenaite family for the loss of their loved one.

“We dip our banner in honour of this revolutionary giant of our movement who remained principled, ethical and moral until his last days.

“Comrade Mike became politically active from a young age and served in various structures of the movement.

“He responded to the clarion call to the youth of this country by the movement to render this country ungovernable [during the fight against the apartheid],” he said.

“He was a member of the Uitenhage Youth Congress and was elected its deputy president in 1986.

“He led the youth of Uitenhage at the height of repression by the racist Pretoria regime.”

“Councillor Kwenaite’s untimely passing is a sad reminder to us all about the devastating impact that the Covid-19 pandemic has had on our lives.

“Unfortunately, the shadow of the pandemic is still upon us, and we need to continue to be vigilant in our efforts to curb the spread of this deadly disease,” Bhanga said.

He urged residents to take the necessary precautions and practise social distancing, wear their masks and sanitise regularly.

ACDP councillor Lance Grootboom likened Kwenaite to the late Ndoni, describing him as a gentleman and a good leader whom he respected and who had brought some order to an at times chaotic council.

Expressing his condolences to Kwenaite’s family, Grootboom said his death was a loss not only to the council but to the ANC in the region and the province.

No stranger to the Bay council, Kwenaitestarted as a PR councillor in 2000 and served on the mayoral committee for nine years.

He was removed from the committee in 2009 and again served as a PR councillor until May 2011.

In 2016, he was back in the municipality, but as a manager in the mayor’s office for the Uitenhage and Despatch area under former mayor Danny Jordaan.

Like most of his peers, Kwenaite was politically active in the 1980s when he was part of the Azanian Students Organisation.

He was among the activists who led the struggles for transformation at Vista University in the early 1980s.

In 1987, he enrolled at the University of Cape Town and joined students’ struggles for transformation.

He was elected as UCT branch chair of student organisation Satisco and as its national deputy president in 1988.

After the unbanning of the ANC, Kwenaite was elected as the political secretary of the KwaNobuhle ANC branch.

Nqakula said Kwenaite was one of the leaders who worked diligently towards the establishment of ANC structures in Uitenhage.

“In 2001 he was elected as the regional executive committee member of the Nelson Mandela region.

“He was later deployed by the ANC to serve in the Uitenhage Transitional Council.

“When the three municipalities amalgamated into Nelson Mandela metropolitan municipality, Mike was deployed by the ANC to serve in various capacities as economic development political head,” he said.

Nqakula said details regarding Kwenaite’s memorial and funeral services would be communicated.

He is survived by his wife and two daughters.