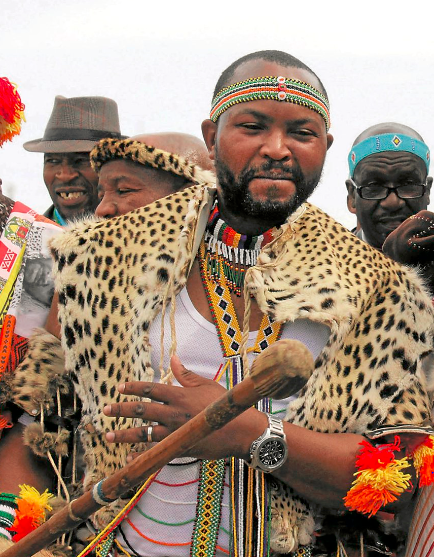 The SIU has accused the company, Ledla Structural Development, of being the “proxy” for Royal Bhaca Projects, which is owned by Thandisizwe Diko, the husband of President Cyril Ramaphosa’s spokesperson Khusela Diko and a family friend of the now-fired Gauteng health MEC Bandile Masuku.
Image: SUPPLIED

The Special Tribunal on Thursday ordered that a tender for the supply of goods awarded to Ledla Structural Development — a company linked to presidency spokesperson Khusela Diko’s husband — be reviewed, set aside and cancelled.

Ledla has been named in court papers as a “proxy” for Thandisizwe Madzikane Diko, a family friend of Gauteng health MEC Bandile Masuku and the husband of Khusela Diko, the Sunday Times reported in August.

First, the cancellation of a contract allegedly awarded to the company, second the preservation of specified amounts of money held in various banks and distributed by Ledla. It had received a payment of R38.7m from the health department

Third, the order sought to interdict the government pension fund from releasing the pension benefits in respect of the former CFO, Kabelo Lehloenya, pending the outcome of civil proceedings.

The Special Tribunal granted the interim order, calling upon all the 39 respondents to show cause on a return date.

It was reported that the company made an 800% mark-up on Covid-19 personal protective equipment (PPE) sold to the government, according to claims the SIU laid out in the court documents.

Ledla was named among the companies that scored from the PPE scandal now besetting the Gauteng health department. In a report posted on the provincial government’s website, it was revealed that the company was paid R46.465m.

The judgment orders the SIU, at its own cost, to appoint from the list of service providers to the auditor-general, a firm of forensic accounting services to prepare a forensic report for submission to the Special Tribunal not later than January 15 2021, on the following terms and conditions: