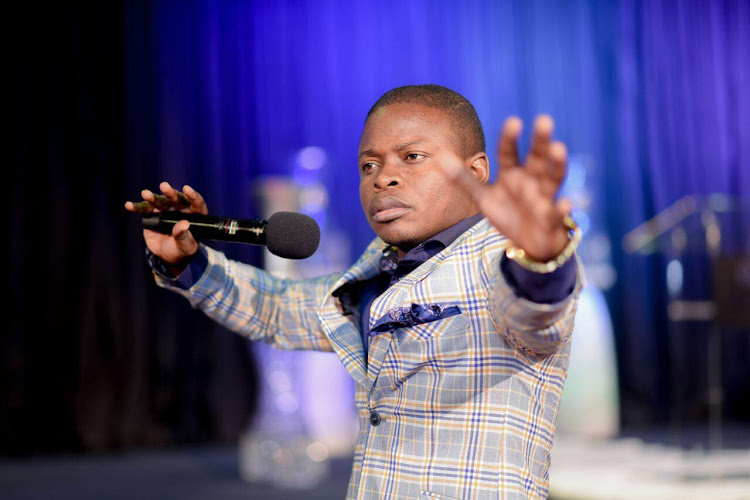 Fugitive Shepherd Bushiri says he is a revered man of God and the rape charges against him are part of a plot by white police officers to tarnish his name.
Image: Facebook via Prophet Shepherd Bushiri Ministries

Self-proclaimed prophet Shepherd Bushiri has come out guns blazing over reports that three warrants of arrest related to rape charges have been issued against him.

In a statement, he said the warrants were part of a plot by police officers who wanted to tarnish his name. He said he was a revered man of God, a husband and a father who understood that rape was an abominable crime which went against everything that he stood for and believed in.

Bushiri said he was not shocked nor surprised about the reports of the warrants of arrests, and labelled them as part of a larger crusade to persecute him in the media by a team of the “same white police officers”, notably from the Hawks.

The self-proclaimed prophet said the leaking of information concerning the issuing of warrants of arrests showed that there was an agenda behind it and said the new warrants “were spates of injustice he left in SA”.

“For the record, it is trite that when a warrant of arrest is issued, law enforcement agencies proceed to effect the arrest; not leak information to the media as my case has always been with these white police officers,” read his statement.

Bushiri also questioned the jurisdiction of the Hawks on rape cases.

“I have been advised — which advice I accept —  that rape cases are not handled by Hawks but a SAPS designated unit known as family violence, child protection and sexual offences (FCS),” the statement reads.

Last week, the Independent Police Investigative Directorate (Ipid) slammed Bushiri for poor co-operation due to his “busy schedule” in providing the directorate with crucial details about police corruption allegations he made in 2018.

Ipid confirmed that in 2018 a case of alleged police corruption/cash extortion was opened by Bushiri’s lawyer on his behalf in Sunnyside, Pretoria.

He said he is keen to clear his name, he will not participate in a media spectacle created by white police officers bent on covering up their crimes.