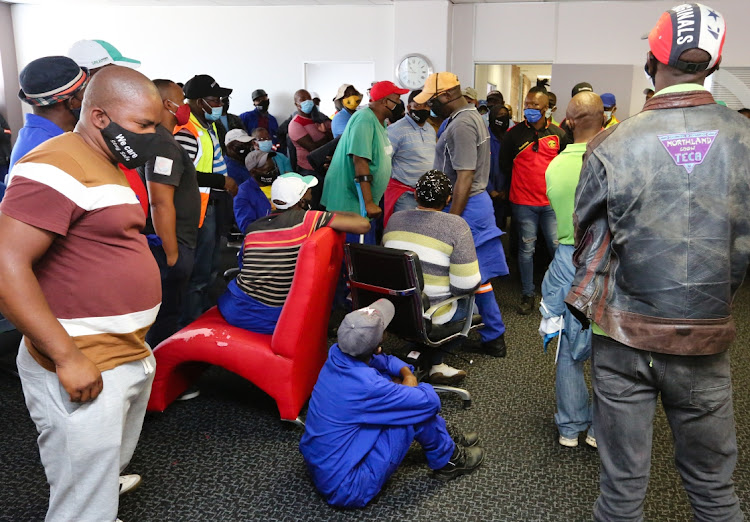 The angry workers demanded that either acting mayor Thsonono Buyeye or acting city manager Mandla George tell them when they would be paid the allowance.

Samwu regional secretary Melikhaya Kortjan said municipal management had yet to respond to their demand for “danger” pay.