Premier’s adviser on leave after being charged with fraud 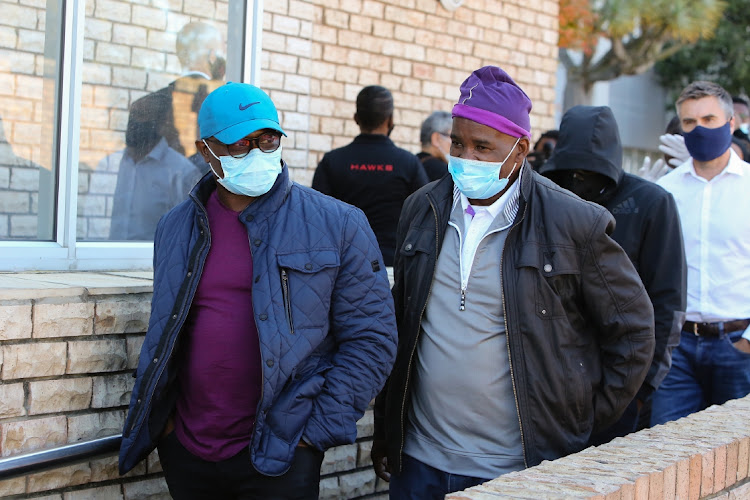 Zandisile Qupe, Chippa Ngcolomba and seven other were arrested in connection with fraud relating to the IPTS on Friday morning
Image: Werner Hills

Eastern Cape premier Oscar Mabuyane’s  top adviser, Zandisile Qupe, has asked for a leave of absence after his appearance in the Port Elizabeth magistrate’s court on Friday.

Qupe was one of nine people arrested by the Hawks in Port Elizabeth on Friday on charges of fraud relating to millions of rand allegedly siphoned from the beleaguered Integrated Public Transport System (IPTS).

Along with his co-accused, he faces charges of fraud and money laundering totalling R73m, after the nine allegedly colluded to siphon funds from the IPTS.

Mabuyane’s spokesperson, Mvusiwekhaya Sicwetsha, welcomed the action by the law enforcement agencies and confirmed Qupe had asked for a leave of absence.

Sicwetsha said the arrests by the Hawks and the charges brought by the NPA would help the government get to the bottom of what had happened in the procurement processes of the IPTS.

He said the provincial government was calling on anyone with information to come forward.

Earlier on Friday, the state said it would apply to the National Director of Public Prosecutions for the matter to be tried in the high court on a charge of racketeering.

All the accused said they would plead not guilty to the charges.