GO for it — enter new competition to win a car now

The Herald and Weekend Post, Baywest and Nissan partner to offer top value-for-money vehicle and a total of R40,000 in cash 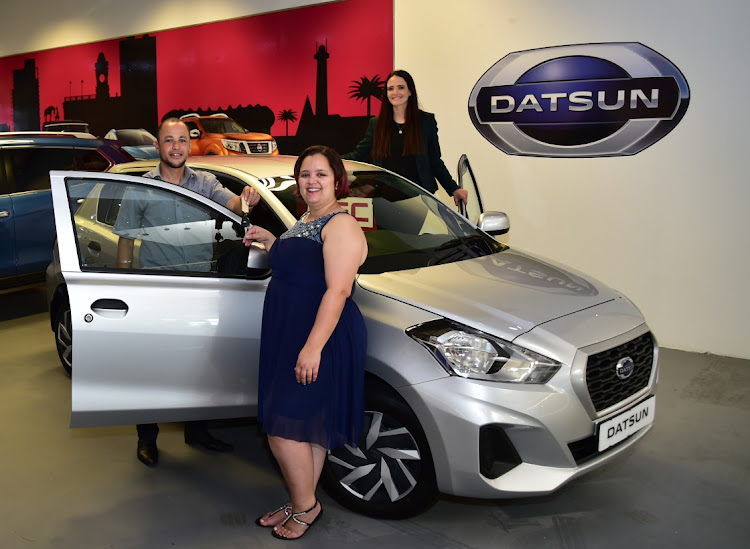 Grab your favourite newspaper, complete the entry form — and get in line to win a sparkling new Datsun GO, courtesy of Baywest Mall and Nissan Eastern Cape.

The car is the big prize up for grabs in the competition which launches today in celebration of Baywest Mall’s fifth birthday, in partnership with Nissan Eastern Cape and The Herald.

Nissan Eastern Cape general sales manager Henry Benn said on Friday that the dealership was delighted to be part of the competition.

“We feel privileged and see it as an opportunity for all of us to give back to our loyal customers.”

Priced at R174,200 including VAT, the Datsun GO was all about value for money, he said.

“It’s perfect for someone looking to buy their first car. The 2017 Kinsey Report identified it as the car with the lowest running cost in SA and it also has exceptional fuel economy.”

To give customers added peace of mind, the car came with a six-year 150,000km factory warranty, he said.

Baywest marketing manager Lindsay Steele said that based on the success of the Win A Car competition in 2016, their intention was to match the major milestone of Baywest’s fifth birthday, with a major prize.

“It’s a momentous occasion for us as the largest shopping centre in the Eastern Cape, and we wanted to match that with a BIG giveaway!’

“We are very proud of the partnership we have built with Eastern Cape Motors, of which Nissan is part, and we’re really excited about the competition and look forward to celebrating together with our loyal customers.”

She said that, in addition to the car, Baywest Mall would be hosting a weekly draw every Thursday, where one lucky entrant would win a R5,000 Baywest Mall gift card, totalling R40,000 over eight weeks.

The first weekly draw will take place on Thursday December 10  2020 and the winner will be announced each week on the Baywest Mall Facebook Page.

“These weekly winners will go back into the draw to stand a chance to win the Datsun GO.”

The Herald and Weekend Post editor  Rochelle de Kock, said her and her team were excited to be partnering with Baywest Mall and Nissan Eastern Cape.

“It’s been a difficult year, with many feeling the economic hardship worsened by the lockdown.

“We hope that this car will make a big difference in the life of the person who wins it. To all our readers, we encourage you to buy the newspaper daily and to submit as many entries as possible!”

Entry forms will be in The Herald and Weekend Post from Thursday December 3 2020 to Thursday January 28 2021.

The draw will be done on Friday January 29 2021 and winners will be contacted telephonically. There will be no live draw.