Award-winning duo to work their magic in PE 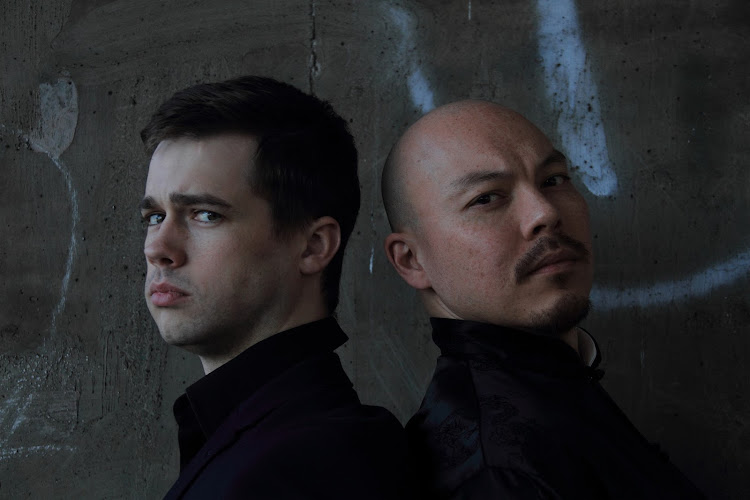 NEW TRICKS: Brendon Peel and Li Lau will perform in Port Elizabeth on Saturday at The Gallery on Produce Street
Image: Supplied

Across the world they are remembered for their teeth-clenching audition, which left judges and the audience of Britain’s Got Talent astonished  in May.

Following an injurious performance at the National Arts Festival last year, during which a crossbow arrow pierced Lau’s head, one would think the duo instantly closed curtains on the stunt for good.

However, they took the risk to perform the same trick one last time on the show in May.

During the two-minute stunt, a chained up Lau has only a bobby pin to unlock the chains pinning him to the chair before the crossbow arrow is released.

If he fails to release himself and duck, the crossbow arrow will pierce his head.

Meanwhile, Peel must solve three Rubik’s cubes as quickly as he can to stall the trigger from releasing the arrow.

“I enjoy being able to bring some crazy magic to people [who] have never seen it before because what I do is not mainstream.

“Magic has so many facets to it and I just enjoy the reactions when people see these things live,” Lau said.

While they will not be performing this particular stunt during the Port Elizabeth show, the duo have an array of nail-biting tricks up their sleeve, they said.

“This is a brand new show that we’ve created and there are some things in there that have not ever been seen before.

“We are actually the only people in SA that perform certain acts that people will be seeing on this show,” Peel said.

The duo have been performing together since 2018.

They are bringing the Bay their new illusion, The Absolutely Mental Magic Show — a combination of mind-blowing mentalism, fascinating sideshow and daring feats.

The Absolutely Mental Magic Show will be at The Gallery on Produce Street on Saturday at 7.30pm. Tickets cost R120 for adults R80 for under 16s on Quicket.