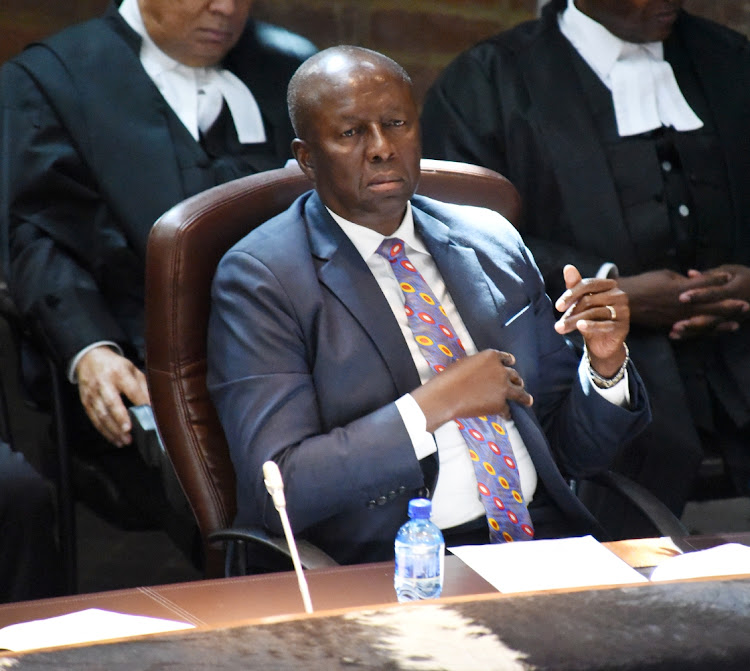 MY VIEWS: Judge and former deputy chief justice Dikgang Moseneke has opened up about his new book, ‘All Rise - A Judicial Memoir’
Image: FREDDY MAVUNDA

If former deputy chief justice Dikgang Moseneke had his way, the judiciary would be stripped down to the bare minimum and all the bells and whistles of “My Lord” and “My Lady” would be disposed of.

A humble man with a quirky sense of humour, for him it has always been about the law and doing what is right, as highlighted in his new book, All Rise — A Judicial Memoir.

Nelson Mandela University’s law faculty hosted Moseneke via a webinar on Wednesday to discuss the release of his second judicial memoir.

Born in Pretoria, Moseneke joined the PAC at the age of 14.

The next year he was arrested for his participation in anti-apartheid activity and imprisoned at Robben Island, where he was imprisoned for 10 years alongside the likes of former president Nelson Mandela.

He jokes that while judges are constantly trained to distance themselves from their past, he will always be known as an ex-con.

“We are trained to respect our past but never to let it define us,” he said.

All Rise — A Judicial Memoir offers a unique, insider’s view of how the judicial system operates at its best and how it responds when it is under fire.

It aims to spark conversations about the current state of the country’s judiciary.

Moseneke, 74, does not believe that the judiciary has been captured, after all, “judges don’t choose cases, cases choose judges”.

He said no judge would therefore be of any use to the political elite.

“The fact that judges are appointed by the president means nothing.

“To be captured you would then have to persuade your colleagues through writing and what you put on paper [to rule with you].”

In the Constitutional Court, you would have to persuade 10 other judges that you are right.

In the Supreme Court of Appeal it would be five judges, and in the high court on appeal, it is usually three.

“So you must be particularly clever and creative; some capturing master,” he said.

In the book, Moseneke also pays homage to the leading women judges he has encountered along the way.

He says the country is on track for its first female chief justice.

“Without transition, before 1994, you had to be white, male, senior counsel and liked by the minister of justice to become a senior judge.

“It was a self-serving arrangement to reproduce the same people to become the guardians of the law.

“Not even white women cracked it.

“So it was obvious that the profile of judges needed to change.

“Now 65% of the people in judicial office are of colour or women.”

Moseneke laughs off prospects of another book.

But he says that to retire is to expire.

So another book or added rounds of golf may just be under the gavel.