By Yolanda Palezweni - 21 October 2020
HAD ENOUGH: New Brighton residents raise concerns over the high rate of crime in their area at a meeting held in the Nangoza Jebe Hall
Image: YOLANDA PALEZWENI

New Brighton residents on Tuesday raised concerns over high crime rates at a meeting held at the Nangoza Jebe Hall.

The meeting was hosted by the Nelson Mandela Bay safety and liaison district office.

Also at the meeting were members of the police, metro police officers, National Prosecuting Authority officials and members of correctional services.

New Brighton resident Mike Bukani said incidents of theft, robberies and taxi drivers from Uber and Bolt being robbed as well as tik addicts carrying out smash and grabs were out of hand.

He said   police were not doing enough to enforce the law.

“We are on our own here, even when there is evidence on  CCTV footage  of these Amaphara (tik addicts) robbing people, still there would be no arrests,” he said.

He said they had been engaging with the station commander to stand against criminals but this did not seem to be helping. 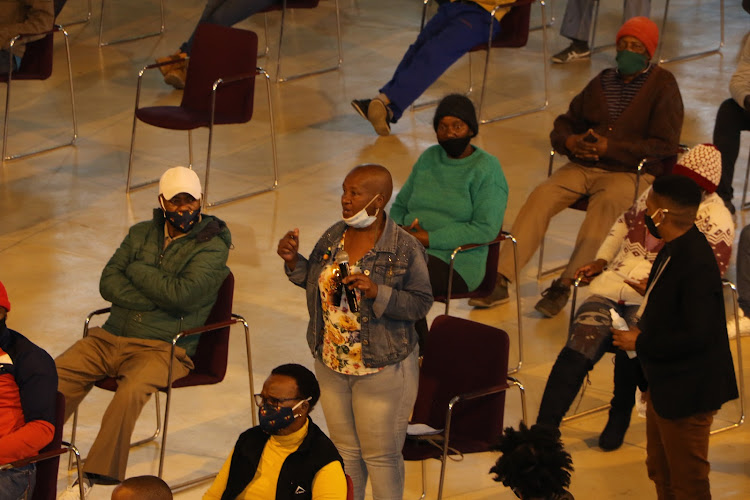 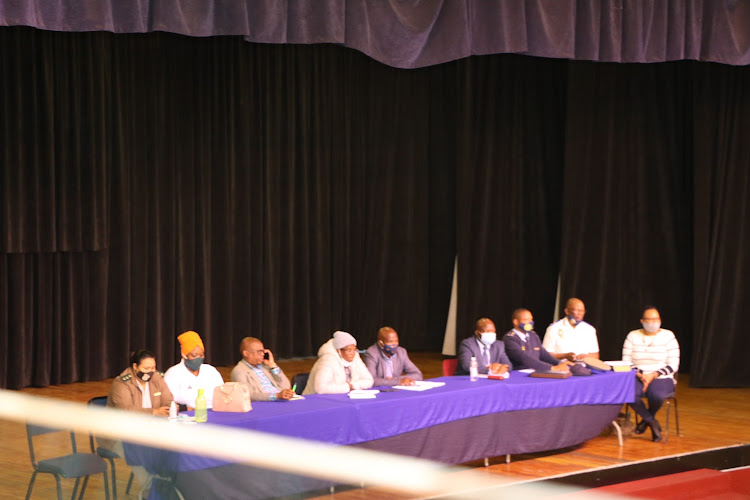 Uber and Bolt drivers also raised their concerns, saying they were constantly being robbed in the area.

Uber driver Khaya Liwa said the robberies were getting worse, with drivers sometimes nearly getting killed by the criminals.

“We are not driving for fun, we have families to feed, but it’s becoming too much and the police are doing nothing even if we provide them with full details of the suspects,” he said.

New Brighton police station commander Colonel Vuyisiwe Tembani said police faced  challenges   such as houses not having addresses, making getting to the scene of the crime difficult, as well as residents not coming forward with information on crime and criminals.

“Most criminals stay within the community and we know them [but] when the crime is happening no-one is coming forward.

“I understand that people are scared to talk, but I’m now saying you need to trust me. I am not scared to attend to criminals,” she said.

Brigadier Zolani Xawuka urged the community not to withdraw cases when they had laid a complaint.

He said an initiative whereby CCTV cameras would be installed in New Brighton was being discussed.

He said police stations were operating 24 hours a day and residents should not hesitate to report crime happening in the area.