A pain so loud it is deafening 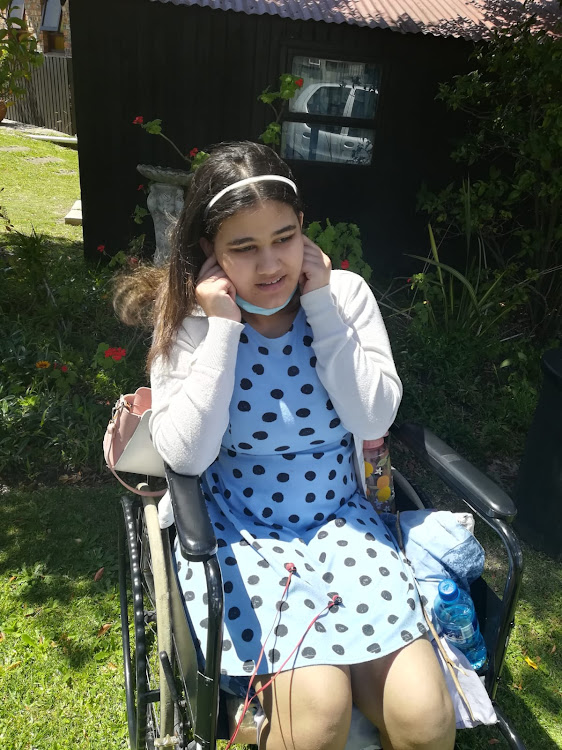 THE SOUND OF PAIN: Heather Botha, 14, of Westering, blocks her ears as a motorbike rides past. She suffers from Complex Regional Pain Syndrome or CRPS
Image: SUPPLIED

Imagine a life where sound hurts your body; where even a bird chirping in the garden causes you to scream out in agony.

For Port Elizabeth teenager Heather Botha, a simple task such as her mother chopping an onion in the kitchen or a kettle being boiled can send her into a spiral of pain so severe that doctors have likened it to childbirth.

When a bird chirps in the garden, a family member rushes to shut Heather’s bedroom windows.

The 14-year-old longs to live a normal life and dreams of going to the mall with her friends.

Once a budding gymnast and ballerina, she had to give up her aspirations when she was diagnosed with Complex Regional Pain Syndrome (CRPS), a rare condition characterised by a continuous and spontaneous regional pain.

It is described as so severe that it has been known to drive people to the brink of death.

The pain is out of proportion to the severity of the initial injury.

The nerves misfire, sending constant pain signals to the brain.

When people meet Heather, a pretty girl with a bright smile, they remark how brave she is and how she has managed to take every setback in her stride.

But behind her smile is a great deal of strife.

She feels betrayed by her own body.

She was diagnosed with the debilitating disorder in June 2018, after complaints about a sore hand.

For months, doctors were convinced Heather was imagining it.

“I was told that it is all in her head; one specialist even said she is crying out for attention,” her mother, Hayleigh Botha, said.

“But I know my daughter.

“I knew something was wrong.”

A nuclear bone scan confirmed that it was CRPS.

At first, the Westering family was hopeful Heather could get better.

But there is no known cure.

“We tried everything,” Botha said.

From chemotherapy to herbal remedies and physio, nothing seemed to work.

While the child soon regained use of her right hand, Botha, 34, said the disease had spread to Heather’s feet.

She is now wheelchair-bound and the bottom of her feet are blackened, as if she has walked through coals.

And that is exactly how the young girl describes her pain — as if she is being burnt.

It comes and goes, but she is in pain more often than not.

Her mouth is constantly sore and she battles to eat hard or crunchy food.

For Botha, it is equally hard to watch her daughter cry out in agony.

She so badly wants to comfort her with a hug and a plaster, but the last thing Heather wants is to be touched.

Prospects of any kind of a normal life now hinge on raising enough funds for Heather to be treated by a CRPS specialist in the US.

They hope to raise enough money — about R500,000 — to be treated under Dr Katinka van der Merwe, who practises in Arkansas and treats patients all over the world using her neurologic recovery plan.

Van der Merwe, who is also South African, has already offered to treat Heather at a significantly reduced fee.

“Because it is so rare, there are very few doctors who specialise in CRPS,” Botha said.

She had hoped her daughter would have received treatment before Christmas so that she could enjoy the holiday for the first time in three years, but it was not to be.

Botha said they had suffered financially as she had opted to give up her job to care for her child.

“She is happier with me around her.”

She explained that it was always quiet in their home and that this had been a huge adjustment for Heather’s older brother.

A kettle is boiled in an outside flat.

Heather’s journey can be followed on the “Hope 4 Heather” Facebook page.