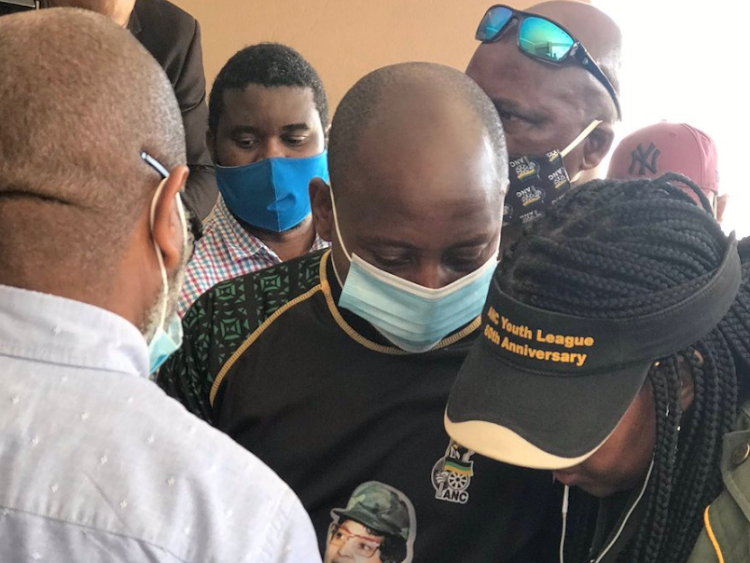 Former Nelson Mandela Bay councillor Andile Lungisa, who began his prison term on Thursday, was trending on social media at the weekend — but it had nothing to do with his imprisonment.

Instead, a person purporting to be Lungisa was asking for money from his friends and family via Lungisa’s Facebook account.

Lungisa’s brother,  Ayongezwa Lungisa-Ntlemeza, denied in a Facebook post that it was his sibling asking for money.

Lungisa-Ntlemeza said the hacking had been discovered after he received numerous queries from his Facebook friends.

“Andile does not have that cell number,” he said.

“We wish to advise everyone that those inboxes [messages] are not from Andile as they purport [to be] and he cannot be WhatsApped as he does not have gadgets [phones or computers] to perform such activity.

“The hacker has put Andile’s picture on the profile of this WhatsApp [number].

“This is unfortunately a nefarious and evil act to depict him to be in possession of technological gadgets thereby [making it appear that he is being treated in a special way [in] prison.”

When a reporter sent a message to the WhatsApp number, the person who responded said he was  Lungisa and asked for R800 to be transferred via FNB’s e-wallet service.

But when the reporter called the cellphone number, the call went straight to voicemail.

When the reporter WhatsApped the person to tell him the calls were not being answered, the person blamed  “network problems”.

Asked what it was like in prison, the person responded: “It is hard.”

When he was asked to supply a photo of himself via WhatsApp,  the person sent an old photograph of Lungisa sitting at a table outdoors drinking a beverage.

The person did not respond to further attempts to establish whether it was really Lungisa or an impostor.