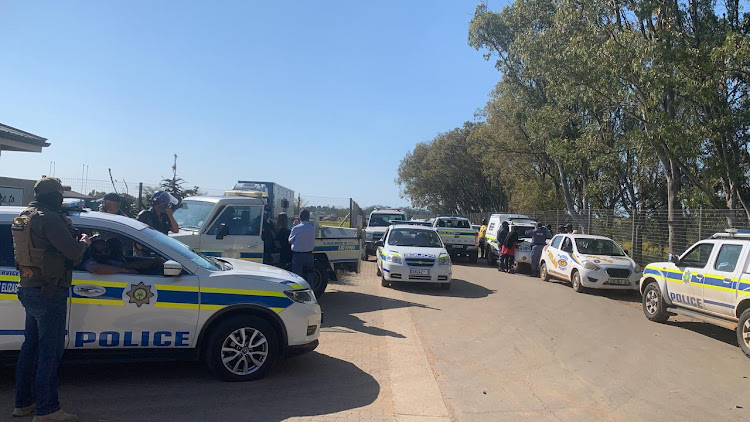 Police and members of the animal anti cruelty league descend on on the Fairview Racecourse this morning after reports that at least one horse had been killed alleged by a group of protestors.
Image: FREDLIN ADRIAAN

Police and members of the Animal Anti-Cruelty League were at the Fairview Racecourse early on Thursday morning, following reports that at least one horse had been killed, allegedly by a group of protesters.

A number of horses were also released from their stables at the course, allegedly by the same group.

Reports from the scene are that at least one horse was murdered and another injured. Nine of the missing 22 horses have been found.

It is alleged the large group of people, including grooms, were at the racecourse at about 6am.

By 9am the group had dispersed.

A member of a private security company told HeraldLIVE that one horse was confirmed dead and another had its legs broken.

Police and Animal Anti-Cruelty League staff are on the scene at Fairview Racecourse where protesters have allegedly released horses from their stables. It's believed one of the horses has been killed and another injured, reports @DevKoen
📷 @anne_swana and Fredlin Adriaan pic.twitter.com/wIryFvZwtW