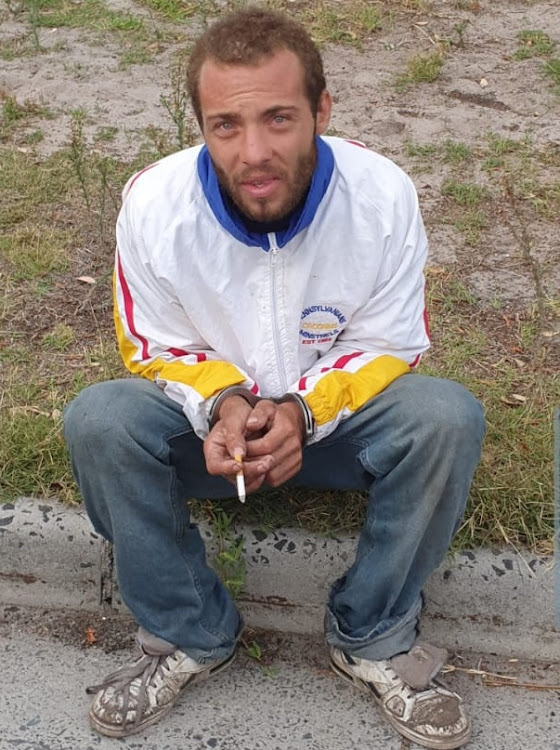 Stabbing victim 27-year-old Morné Coetzer's body was swopped with the body of a man who died on Table Mountain.
Image: Leandria De Freitas

An elderly couple has had to return the ashes they thought belonged to their deceased son after a mortuary mix-up in Cape Town.

The body of their son, a 27-year-old murder victim, was switched with the body of a man who fell off Table Mountain.

Leandria De Freitas tried for almost a month to identify the body of her foster brother Morné Coetzer - only to be told that he had been cremated. His ashes were then signed out by a person with the surname Coetzee.

De Freitas had been postponing telling her mother, who was ill in hospital , of Coetzer’s death until she had secured his death certificate and ashes.

“We’ve spoken with her doctors, who told us to only tell her once we’ve gotten this whole situation sorted out. But I told them we don’t have his ashes back, we don’t have the death certificate - so if we tell her this over and above the fact that he’s been murdered, it could affect her mentally,” she said.

“I at least want to have all of this sorted out to be able to tell her we’ve got his ashes back,  we’ve got his death certificate and we know it’s him ... or we’re hoping we get the right ashes back now.”

Her brother was stabbed to death in Wetton, Cape Town, on July 28. On August 24 she and the police investigating officer met mortuary staff, who explained that the man they accidentally swopped Coetzer with had fallen off Table Mountain.

The only unidentified person who fell of the mountain at the time, down the Nursery Ravine hiking trail, had his body taken to Salt River mortuary for forensic examination.

Wilderness Search and Rescue spokesperson Johann Marais said the man person was described at the time as an unidentified white male who rescuers believed could have been about 60 years old.

“The families were promptly informed about the mix-up. Forensic pathology services (FPS) officials personally met with both families to explain the detail and were truthful throughout the process,” she said.

“We do not want to jeopardise the outcome of our internal investigation, but as indicated we informed the families of the detail. We also do not have the consent of the families to report on the detail.”

Bessick said wrongful identification was not a frequent occurrence and the department tried their best to prevent it from happening.

“The forensic pathology services have put strict measures in place to prevent it from occurring as this doesn’t only impact the family but the integrity and reliability of [the service] as well,” she said.

De Freitas became frustrated after being subjected to a painstaking process of proving that she and her other foster brother Peter were the family of the victim.

After four visits to the morgue and obtaining a birth certificate from home affairs, she was finally told that an elderly man had come to claim Coetzer’s body.

“I had a meeting with them on August 24. Since then I’ve heard from the mortuary once and it’s only because I e-mailed them last week Monday, two weeks after the meeting. They basically said they would get the ashes of my brother back from the other family and they have to go through the process of doing a fingerprint analysis,” she said.

Coetzer had a troubled life, which involved stints in prison for theft and housebreaking after he left the De Freitas home in Worcester to live with his aunt in Cape Town in 2010.

Coetzer was fostered from the aged of three but sent to reform school at 14.

De Freitas kept in touch and helped him out when needed from time to time.

“My mom’s fostered many children over the years, but two of them particularly: my brother Peter, who is still with us since he was two years old, and Morné. He’s my brother, he’s been with us long enough to be regarded as family,” she said.

Bessick said the pathology services relied on the families to do the visual identification.

“The next of kin are often in a state of mourning or may not have recently seen the deceased. It is therefore possible that lapses in the identification process may occur,” she said.

She said despite extensive precautionary measures, they still relied on staff to follow procedures and human error was possible.

She said the Covid-19 pandemic had also forced the forensic laboratory service to change its operational process and move staff to isolated sections of their workplace.

She added that they have not been able to follow their normal working procedures, putting strain on  operations.