By Yolanda Palezweni - 16 September 2020
NOTHING LEFT: Mandela Village residents lost everything they owned when a fire ripped through 23 shacks at the informal settlement in New Brighton early on Tuesday morning
Image: WERNER HILLS

Close to 80 Port Elizabeth residents have been left with nothing but the clothes on their backs after a fire ripped through their shacks, destroying everything they owned.

Residents of Mandela Village in New Brighton were devastated when 23 homes were destroyed on Monday afternoon, with one family reliving a previous trauma 10 years ago, when their daughter was badly burnt in a shack fire.

The affected residents are now being housed at the KK Ncwane Methodist Church.

Ruth Tshungu, 60, said the fire was not the first her family had experienced.

We live a nightmare. All we ask from the government is houses. I don’t know what must happen for them to build us houses — or maybe they want people dead so they can act.

Her eyes brimming with tears, Tshungu recalled how in 2010 her then 11-year-old daughter had been injured when a fire destroyed their home.

“This is just painful, my heart still bleeds even today,” she said.

“My daughter was badly burnt on the face and arms.

“I really thought they [the government] were going to build us houses.

“It’s 10 years later and we live in fear that any time, any day, fire may break out and destroy our homes.”

Tshungu said the community also did not have taps, so by the time the fire department officials arrived everything had been destroyed.

“We live a nightmare. All we ask from the government is houses.

“I don’t know what must happen for them to build us houses — or maybe they want people dead so they can act,” she said.

Another resident, Thembile Yona, 47, said his heart ached for his children.

“I don’t know where to begin to express the pain I’m feeling.

“I was trying to build a home for my children.

“With no plan, where do I go from here?”

Yona said he had been at work when his wife notified him about the fire.

He said while the cause was not yet known, there was speculation that it had been started by a faulty plug at one of the shacks.

“I couldn’t sleep last night, already we are facing a pandemic that is killing people — and now this.

“I worry about my children.

“My mom died still living in that shack and now I may die leaving no home for my children,” he said.

Margaret Bangile, 56, said the fire had spread so quickly that she had not been able to save anything of value, fleeing in only the clothes she was wearing.

Close to 80 Mandela village residents in New Brighton lost everything they owned when a fire ripped through 23 shacks on Monday afternoon with one family reliving the nightmare they experienced a few years ago when their daughter was burnt in a shack fire.📹 @wernerhills pic.twitter.com/GGWXvzzImO

“This is a pain. We are so many in this church.

“It’s going to be more difficult for us women. I don’t know how we will bath.

“I don’t have clothes, not even underwear,  [and] even the shoes I’m wearing I got from donations,” she said.

Ward 16 councillor Lungiswa Mnyimba said  the situation was tragic but she was thankful the fire had broken out in the daytime and that no-one was injured.

She said the affected residents would be placed in temporary structures close by.

“It’s been years that they have stayed in the shacks, and throughout the years there have been plans [to relocate the residents to houses] but also people were not keen to move,” she said. 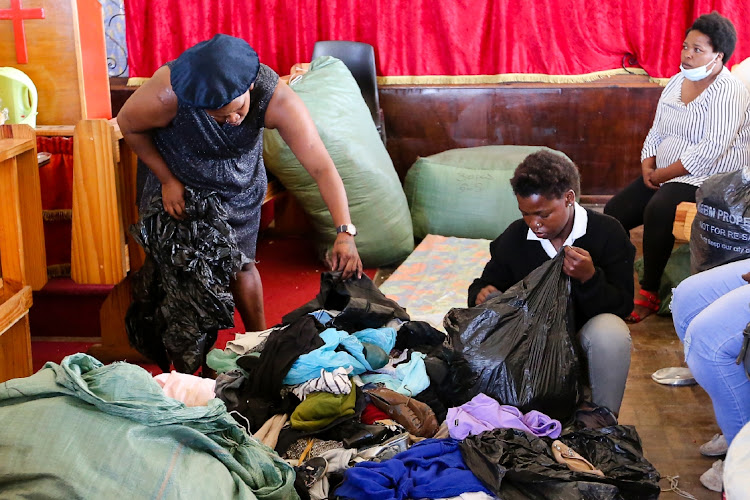 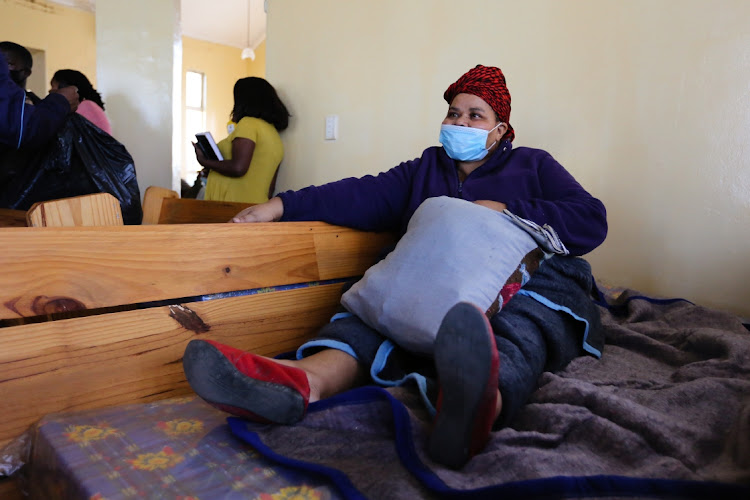 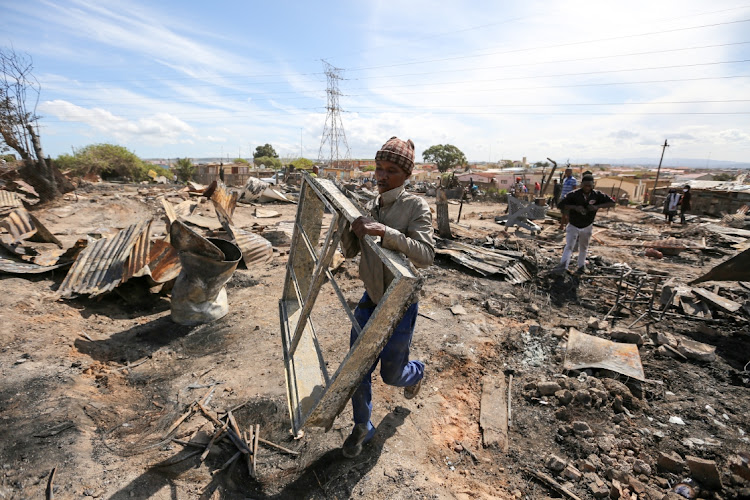 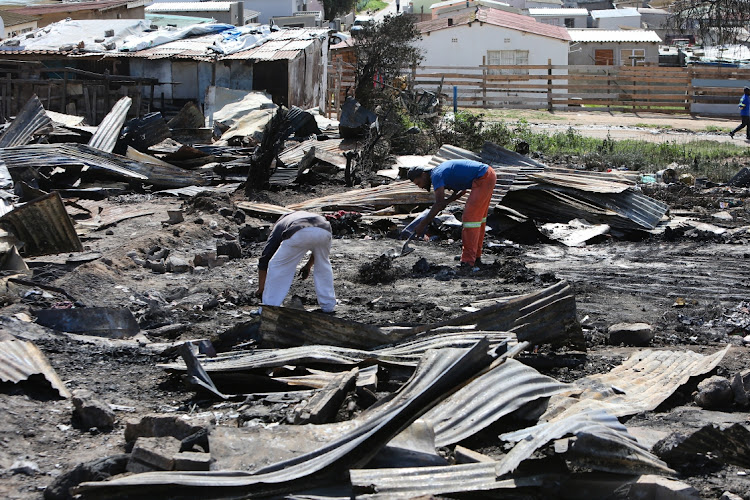 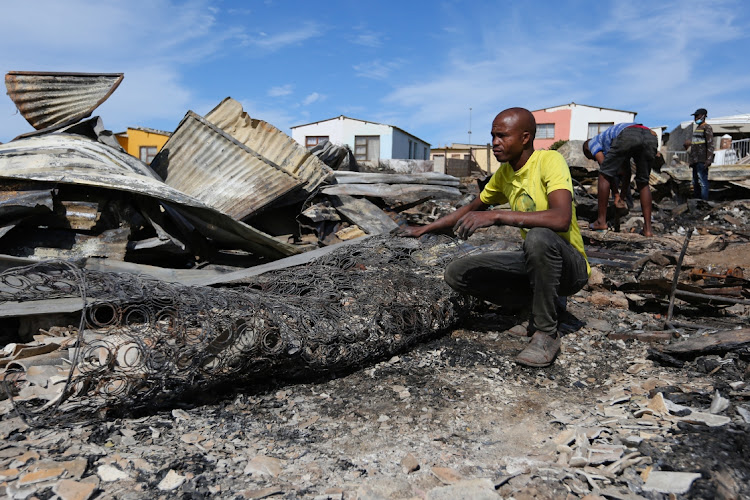 Bay human settlements political head Andile Mfunda thanked the church for the quick response to the disaster and promised to work with municipal officials and the ward councillor to assist the families.

“We are so sorry [for] the families whose shacks were burnt, but I have spoken to municipal officials about the situation and in line with the Covid-19 programme in Nelson Mandela Bay we have about 1,500 temporary structures available,” Mfunda said.

“We are now going to fast-track the process of assisting the people.”

The Rev Andile Nokwindla of the KK Ncwane Methodist Church said the church had a responsibility to respond when people were suffering.

“The church is part of the community we are in and it is our role to respond in a time of need.

“The police have been alerted so that they can patrol at night around the church to make sure the families are safe,” he said.

Close to 80 Port Elizabeth residents have been left with nothing but the clothes on their backs after a fire ripped through their shacks, destroying everything they owned. Read more: https://bit.ly/33rwpWQ