I was purged after Eskom board met Lynne Brown, Zola Tsotsi tells inquiry 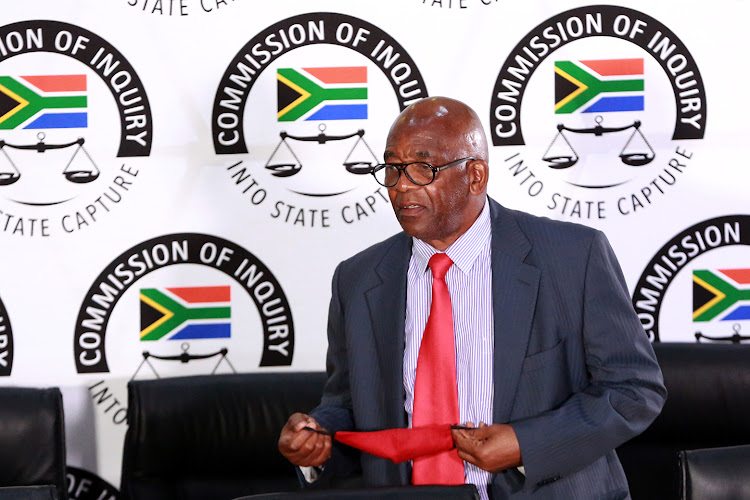 Eskom's former board chairman Zola Tsotsi on Wednesday told the state capture commission that his dramatic resignation in 2015 was premeditated by his colleagues acting in cahoots with then public enterprises minister Lynne Brown.

Tsotsi was concluding two days of testimony in which he laid bare how the Gupta family called the shots at Eskom with the blessing of Brown.

His testimony centred on events at Eskom during March 2015 when then CEO Tshediso Matona was pushed out to "make way" for Brian Molefe.

Following the ousting of Matona early in March, said Tsotsi, the board shifted focus to him.

Tsotsi said he was convinced that Brown was behind colleagues turning against him as they had never got along well since she was appointed to her portfolio in 2014.

Tsotsi said the purge started when board colleagues started having WhatsApp conversations without him and organising meetings without informing him.

At some point, the rest of the Eskom board, with the exception of Tsotsi, flew to Cape Town to meet Brown. Upon their return, they formulated a charge sheet against Tsotsi and asked that he explain himself at a board meeting on March 19.

This was just over a week after the board and Tsotsi had suspended Matona.

Tsotsi said he asked for an extension to consult his legal representatives, which was granted and the meeting was pushed back to March 30.

At this meeting Tsotsi made representations to the board, insisting the charges against him were bogus. After his presentation, he was asked to step out for the board to deliberate on a verdict.

"At some point in the evening [they] sent a delegation to come and talk to me. It was Dr Ben Ngubane and Romeo Kumalo," said Tsotsi.

"They made a proposition that if I agree to resign, they would drop the charges against me because they did not want a prolonged and messy exchange between me and Eskom."

Tsotsi agreed to resign, saying he did so because he wanted to protect his and Eskom's reputation.

But he went back inside to address the board, demanding that his resignation was subject to Eskom paying his legal fees, letting him keep a company phone at his cost and compensating him for three months of his remaining time with Eskom.

The board acceded to his demands.

But he committed a blunder, he said: he told the media that he believed Brown had a hand in him being pushed out. Brown, however, took exception to this and withdrew the concessions the made by the board.

Tsotsi told the commission why he believed Brown was working with the Guptas. He related one occasion, not long after the board was appointed, when it had to formulate committees. Tsotsi said Brown's suggested committees were identical to those submitted to him by Gupta associate Salim Essa.

"I was very surprised, at that point in time it was very early in the new board’s term. I was very intrigued by the whole thing and could not quite put my finger on what was going on," said Tsotsi.