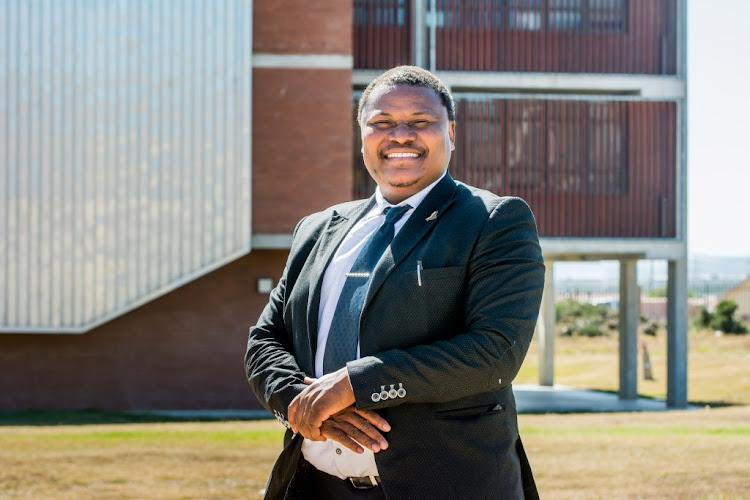 Known for his compassion, his wide smile and his advocacy on behalf of his patients, the death of renowned paediatric cardiologist Lungile Pepeta has sent shock waves through Nelson Mandela Bay.

Messages of condolences started streaming in soon after news of his death was heard.

Pepeta served at the helm of Dora Nginza's paediatrics department for seven years before being appointed as the dean of Nelson Mandela University's medical school.

Nelson Mandela University Vice-Chancellor Prof Sibongile Muthwa said Pepeta's passing was a big loss for the university, the Eastern Cape and the country.

"Professor Pepeta joined the University on 1 January 2017 as the vision for establishing a medical school that offers an alternative educational model towards meeting the country’s growing need for health professionals was gaining momentum."

As a renowned paediatric cardiologist, he had extensive experience in working with key stakeholders in the health and higher education sector, provincially, nationally, continentally and beyond.

"More recently, he helped spearhead the university’s response to Covid-19 within the institution, in communities and society at large, working with healthcare professionals, and education, business and political leadership," Muthwa said in a statement on Friday night.

"Professor Pepeta was extremely passionate and committed to South Africa’s health sector, particularly in the Eastern Cape, where he was raised, studied and spent the bulk of his illustrious career.

"His commitment to public health was evident during his tenure at Dora Nginza Hospital in his capacity as Acting CEO and Acting Clinical Governance Manager.

It was this passion and commitment that made him the perfect fit for what Mandela University envisaged as a model for its Health Sciences Faculty and Medical School, which has a focus on primary healthcare, that is preventative rather than curative, working to serve particularly the poor and least served parts of our country.

"He has a proven track record as an agent of change wherever he has worked – from his stint as a medical intern in 1999 in the rural Dordrecht hospital right up to his tenure as Executive Dean of the Faculty of Health Sciences, where he showed stellar stewardship.

"He was an embodiment of servant leadership," Muthwa said.

"It is these fine credentials and his unwavering commitment to finding sustainable solutions for the health sector that makes this an immense loss, and his humility and heart for ordinary people that will be sorely missed.

"Mandela University extends its deepest condolences to his wife and family, his students and colleagues, and lowers its banner in honour of this trailblazer and leader par excellence," she said.

In a WhatsApp message Kotze said: “It is with great sadness that I inform you of the passing of Prof Pepeta. Dr Pepeta and family please accept our sincere condolences.”

Sinethemba Mantshongo wrote: “Rest in power Prof Lungile Pepeta you have served this generation with distinction, kudos to you. Your service to the people will never be forgotten. Nelson Mandela University and Dora Nginza have lost a precious gem.”

Veronique Brink said: “Every week our hearts break some more and we shed more tears RIP Prof Lungile Pepeta, a brilliant cardiologist, a wonderful beautiful soul, a gentleman, an amazing doctor to work with, you always brightened our day and made us smile.

“I will never forget when McKenzie was born and you said to me 'Don't worry, we got this, we will fix her' and you did and now u pass two days before her birthday.”

Pepeta was the only paediatric cardiologist in the province’s state hospitals for a long time and trained several specialists during his tenure and introduced a non-invasive procedure to fix heart defects in children.

He left the hospital in 2016 to join NMU as dean of health sciences while continuing with private practice at Netcare Greenacres Hospital.

At NMU, Pepeta ushered in preparations for the establishment of the institution's medical school set to open for applications in 2021.

The paediatric cardiologist was among the Bay's health care professionals at the fore of fighting the spread against Covid-19.

He led NMU health sciences department's intervention strategies to help mitigate the spread of the virus by producing hand sanitisers and printing face shields for medical and health services teams in the metro.

Pepeta was elected chairperson of the Council of Medical Schemes in June.