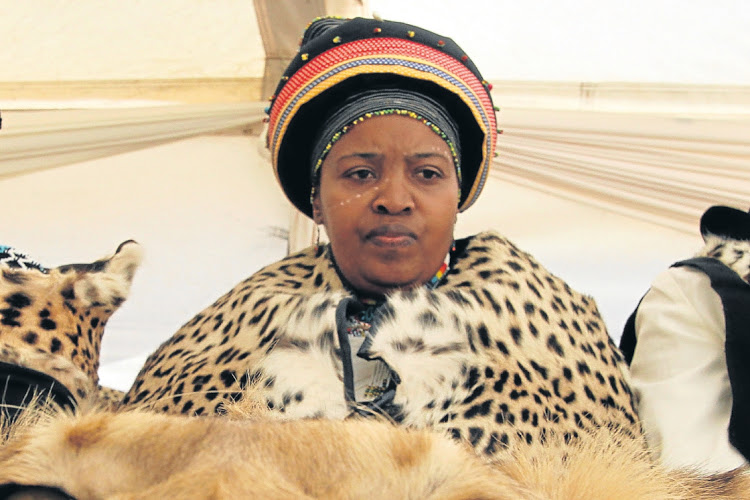 A human treasure, a bastion of traditional values and a torchbearer of peace.

These were some of the tributes to AmaRharhabe Queen Noloyiso Nomusa Sandile, who died at 1.30pm on Wednesday at Cecilia Makiwane Hospital in Mdantsane.

SA joined the House of Phalo, AmaTshawe dynasty and the nation in mourning a regent who led the AmaRharhabe kingdom with distinction for almost a decade.

President Cyril Ramaphosa described Queen Noloyiso, the sister of Zulu King Goodwill Zwelithini, as a bastion of traditional values and commended her for her principled leadership.

Royal family spokesperson Nkosi Xhanti Sigcawu said an announcement on the funeral would be made in due course.

The queen’s death comes months after that of her brother-in-law, AmaXhosa King Mpendulo Zwelonke Sigcawu, who died on November 14.

Her husband, King Maxhob’ayakhawuleza Zanesizwe Sandile, whom the queen married in 1988, died on July 11 2011, aged 56. He led the AmaRharhabe for 20 years.

Ramaphosa said she had been a champion of rural women who challenged patriarchy in her community and gave a voice to female constituents.

“At a time when we face a grave public health emergency in the form of the coronavirus, Queen Noloyiso actively mobilised support for the national effort to combat the pandemic, including calling on communities to halt traditional initiations,” Ramaphosa said.

Eastern Cape House of Traditional Leaders and Contralesa chair Nkosi Mwelo Nonkonyana lauded the queen for leading the AmaRharhabe with pride and dignity, and for fostering unity and stability.

“Her Majesty Queen Noloyiso Sandile’s contribution to the development of the institution of traditional leadership is beyond measure.

“Our country has lost a leader who was close to her people, a torchbearer for peace and unity.”