Smokers roll into city centre to protest against tobacco ban 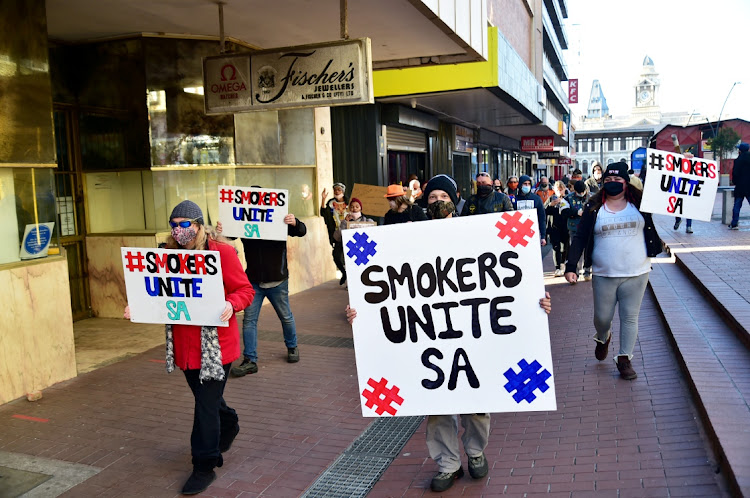 HAD ENOUGH: Smokers Unite SA in Port Elizabeth voice their grievances about the smoking ban in SA near the City Hall
Image: EUGENE COETZEE

A small but colourful group of smokers gathered on Wednesday  morning, under the banner of #smokersunitesa, to protest against the ban on tobacco.

About 50 smokers participated in a national protest outside the  City Hall with the intention  of submitting an electronic memorandum signed by thousands  to lift the ban on smoking.

The memorandum will later be submitted to the office of the minister of co-operative governance and  traditional affairs.

Jesmique Jacobs, 28, from Central, one of the protest organisers,  said they were there to have their voices heard.

“People have been affected emotionally, physically and mentally by the ban on cigarettes during the lockdown,” she said.

“We decided to wear orange masks because we feel we are in prison and our voices aren’t being heard.

“We are here for workers in the tobacco industry who are going to lose their jobs.

“One of those people is my father. What did Nelson Mandela fight for if we can’t  have our right to choose?” 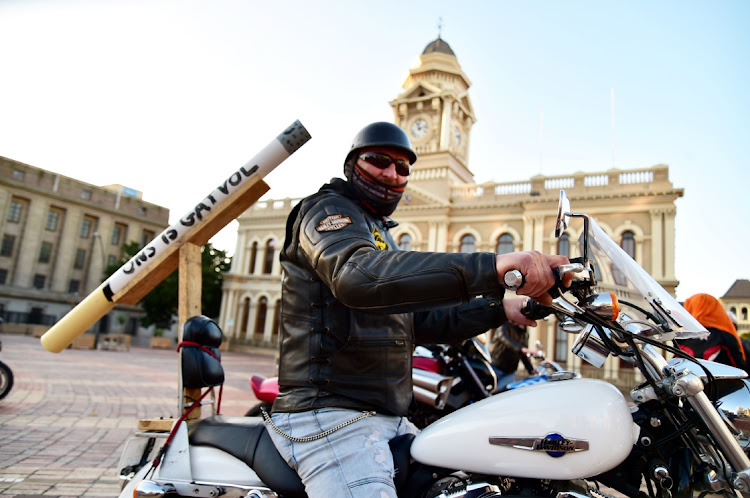 HE’S FUMING: Bully Kleynhans shows his disapproval of the ban on cigarette sales during the lockdown. Kleynhans took part in a motorcade from William Moffat drive to the City Hall Hall
Image: EUGENE COETZEE

“They lifted the ban on alcohol, which has played a role in the increase on gender-based violence, it played a role on the deaths caused by drunken driving and how can we hurt anyone by lighting a cigarette?” Jacobs said. 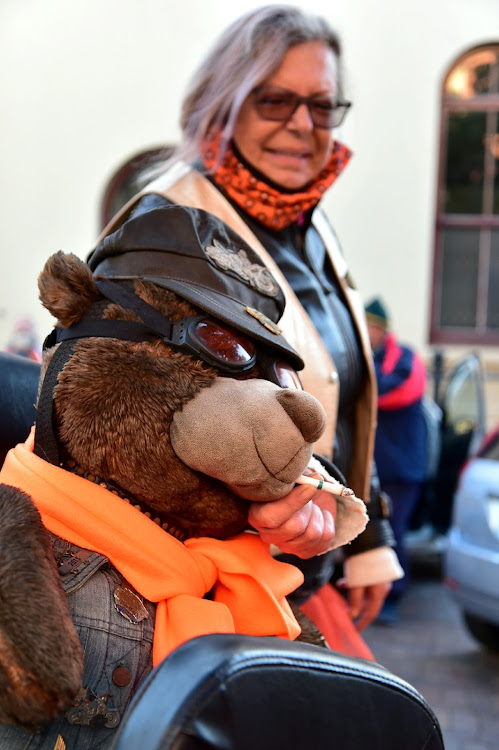 HAVE A PUFF: Sue Brown shares a cigarette during the peaceful picket outside the Port Elizabeth City Hall
Image: Eugene Coetzee

Chantelle Joubert, 35, from Forest Hill, said she had been smoking for 20 years and  felt  they were being exploited by being forced to pay  huge amounts  for illicit  cigarettes.

“A lot of people had to go through withdrawal symptoms and  depression because of the ban,” Joubert said.

“How can we stop the Covid-19 when we have to share a smoke [because of the price]?

“The government doesn’t understand that these are the people they are planning to have  voting for them.”

Charlene Hoffman, 47, from Sherwood, said she had started smoking when she was 16 years old and opted to attend the protest to support the people working in the cigarette industry.

“We’re already in a recession. The GDP has lost about R2bn due to the ban on smoking, and thousands of jobs will be lost through this ignorant decision by the government,” Hoffman said. 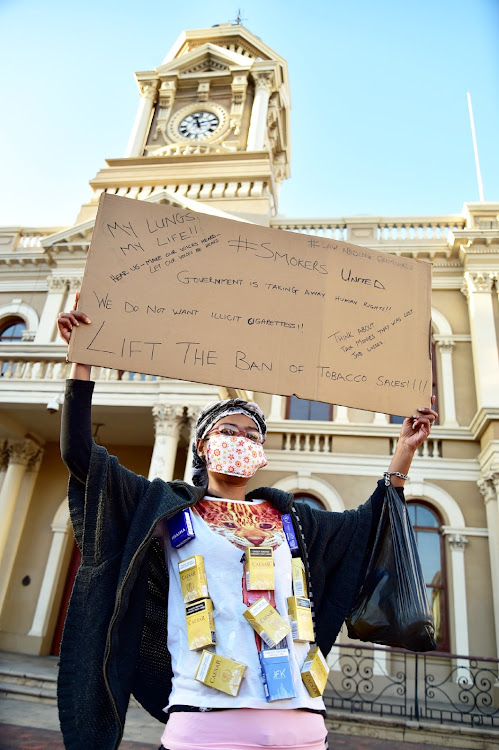 Jean Wilkinson, 50, from Richmond Hill said: “I lost my husband this past Christmas. A few months later it was the lockdown.

“Cigarettes helped me to stay calm. I’ve been depressed, moody. If someone looks at me funny I want to beat them up.

“I’m a pensioner, I can’t afford these expensive yet cheap brands of cigarettes. I wish the ban on cigarettes could be lifted.”