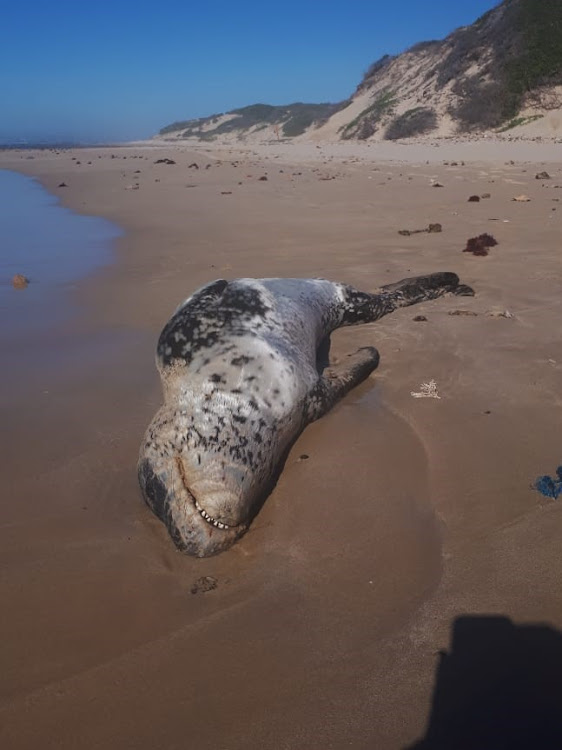 LONG WAY FROM HOME: The carcass of a young leopard seal was found on the beach at Cape Recife in Port Elizabeth recently
Image: Supplied

The carcass of a leopard seal was found on the shores of Cape Recife beach last week — only the ninth recorded sighting of the species in SA since  1946. The last one was found in 2019 in Milnerton near Cape Town.

According to Bayworld marine mammals curator Greg Hofmeyr, the sighting was very rare.

Hofmeyr said leopard seals were normally found in the pack ice around the Antarctic, which is about 4,000km away.

Hofmeyr said: “We really don’t know what would bring a leopard seal this far but it is possible that young animals such as this one could get lost and swim out of their range.

“We suspect what could have led to the death of the animal was probably related to its poor condition. It was very thin and it is likely it couldn’t find the food that it was used to in this part of the world.

“Leopard seals feed primarily on Antarctic krill but also on penguins, fish and other seals. The carcass had minor cuts on the back and a possible bite mark.”

He added that the leopard seal was an immature male, and most vagrant seals found north of  the Antarctica were immature and in poor condition.

He said prior to the leopard seal carcass being found in Milnerton in 2019, there were two carcasses recorded in 2014.

“We conducted a necropsy and collected many samples. We couldn’t find an obvious reason for the seal’s death. It had some superficial bites and injuries, but nothing that would kill it.”