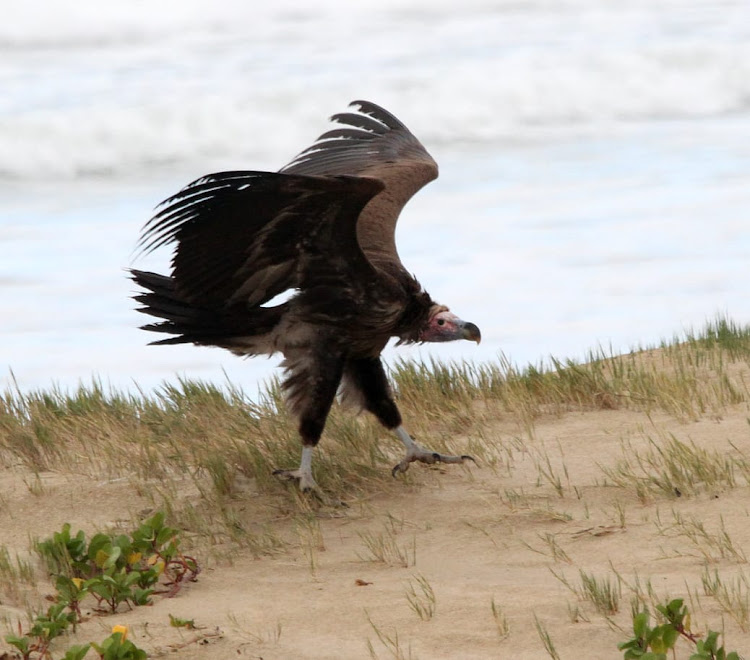 AWESOME SIGHT: The lappet-faced vulture on a dune between Bluewater and Wavecrest drives in Bluewater Bay on Saturday. With the surf in the background this is likely the only photograph of its kind as the species is at home in the arid African savanna — a long way from the ocean
Image: BARRY KURTEN

The search is on for a bird, the size of a small plane, that has crash-landed somewhere in the coastal bush north of Port Elizabeth.

The lappet-faced vulture arrived in Port Elizabeth some time at the weekend with the first definitive sighting on Saturday morning as it swooped past beachfront houses in Bluewater Bay, its 3m wingspan raising a flurry of excitement and alarm.

Two days of great sightings followed as the giant scavenging bird of prey perched majestically on a dune and twitchers from near and far, armed with binoculars and cameras with telephoto lenses, flocked to see it, the first of its kind ever recorded in the Bay.

But then the vulture was spotted by a territorial bevy of seagulls which mobbed it, and it lumbered into the air and flew further down the beach towards Coega, repeatedly landing and taking off until it was lost from sight.

Endangered Wildlife Trust raptor programme manager Dr Gareth Tate said on Tuesday the bird was likely weak from hunger or sick and the race was now on to find it before it died or was killed by muti traders.

“The fact that it spent a few days in one place without any access to food and when it flew it only went a short distance at a time means it’s probably weak from hunger.

“It could also have lead poisoning which these birds can get after feeding on an animal that’s been shot. It can make them lethargic and impair their ability to fly.

“Vultures are also highly vulnerable to poaching and harvesting for traditional medicine and the area it’s in is not safe in that regard.

“So we need to capture it as soon as possible to do some tests, feed it up, ring it so we can keep track of it, and then get it out to some place where it will be safe.” 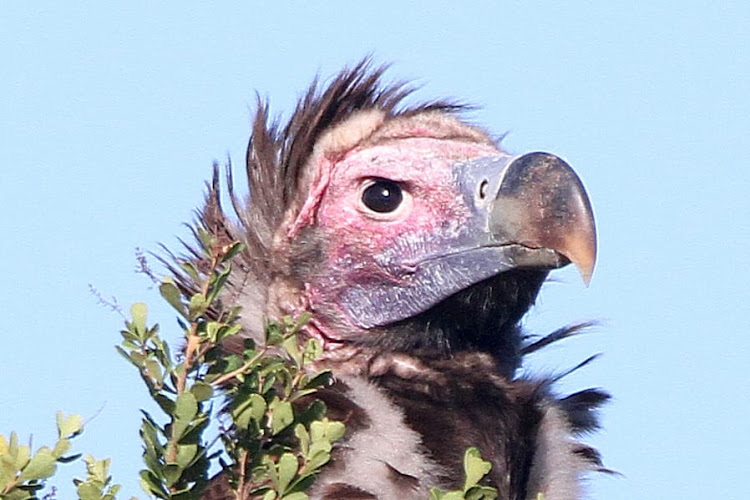 MAJESTIC CREATURE: The vulture’s head poking out above the dune bush showing off its distinctive profile and powerful beak
Image: BARRY KURTEN

That might be just up to the Addo Elephant National Park where the required big predator kill load would at least be available or all the way up to its likely home colony in Bushmanland in the Northern Cape.

“Arnold has a blanket permit to capture raptors and we are in the process of liaising with the Eastern Cape environment department to ensure we get our ducks in a row requiring other documentation required.”

He said though the bird had never been seen in Port Elizabeth before he was not surprised by the news as the species was known for its extraordinary “roaming events” especially with young birds like this one.

Lappets were tree-nesting vultures that lived in arid savanna areas across Africa but always in low densities, he said.

“They are now officially declared endangered and the main threat is poisoning.” 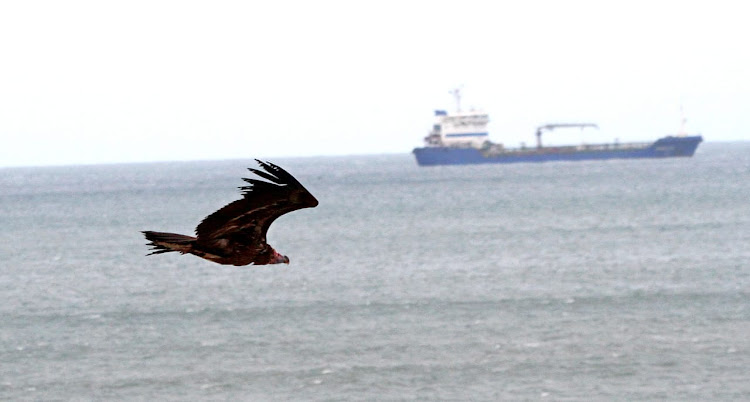 The worst perpetrators in this regard were poachers who poisoned the carcass of the animal they had killed so that soaring vultures did not alert rangers to their presence.

“It might look like there’s nothing left but then it will rain and soften up the skin of an old carcass and the lappets will return.

“They’re very special birds and they play an important niche role in our natural scavenging system.”