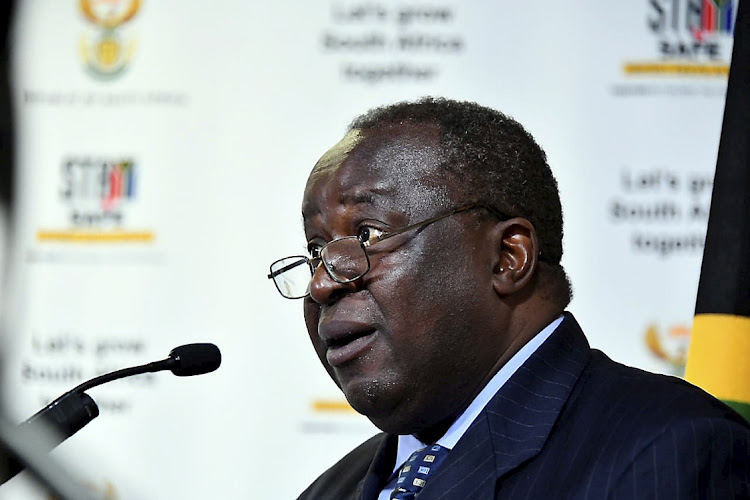 If anyone had expected that finance minister Tito Mboweni might try to gild the fiscal lily a little when he presented his emergency budget on Wednesday, that was not what happened — at least not when it came to the numbers for the current, Covid-hit year.

And he sounded a blunt and brutal warning of the perils of the debt crisis SA would likely face within the next three years — unless the government makes deep cuts to its spending.

If the government did not address this, it was on a path to bankruptcy, Mboweni warned, one that could eventually see the gains of the democratic era lost.

And the nub of Wednesday’s budget was that he had gained cabinet approval, he said, for an “active scenario” in which, instead of allowing the debt to balloon to sovereign debt crisis levels, the government would stabilise its debt level — by slashing R250bn from its spending over the next two years and implementing fresh tax hikes two years hence, once the economy started to recover.

Whether markets will believe that is the question —  what is not in question though is the tough fiscal path to which the government is now committed, details of which are promised in October’s medium-term budget.

With February’s budget having had to be all but binned given the damage the Covid crisis has done to the economy, Mboweni pencilled in a 7.2% economic contraction for this year — which is more optimistic than many private sector forecasts.

But his expectations for the next three years are bleak —  he sees the economic recovery yielding no more than 2.9% growth next year, followed by 1.5% in each of the following two years.

And his expectations of government revenue for this year are even more bleak —  he has pencilled in a R302bn shortfall compared to February’s budget target.

And that, together with extra money allocated to health care and other parts of the Covid relief package, brings the consolidated budget deficit for the 2020/2021 fiscal year to 15.7% —  worse than many economists had expected.

The market had already been softened up a bit for a dire deficit by Mboweni’s leaked presentation to Nedlac on Friday, which indicated a 14% main budget deficit — more than double February’s 6.8%.

But in his speech on Wednesday, he chose to highlight the broader consolidated deficit (which includes the Unemployment Insurance Fund’s R40bn in Covid relief).

And in particular, the minister highlighted SA’s ever-deepening debt crisis and the ever steeper costs it is imposing on the economy and the quality of life for all.

The jump in the deficit means the government’s debt as a ratio of gross domestic product climbs to 81.8% — compared to the 65.6% expected in February — and keeps climbing.

Already, Mboweni pointed out that 21c in every rand of tax collected goes to service the government debt — so that money is going to pay bondholders, rather than to fund social services or infrastructure.

The government is already spending almost as much on the interest bill as it is on health care.

It can only get worse — the issue is how much worse.

Wednesday’s budget outlined a “passive scenario” in which the government does nothing to avert the debt crisis and the debt ratio climbs to 106% in 2023/2024 and keeps climbing, to 140% within a few years.

That’s the sovereign debt crisis scenario that Mboweni has been warning of.

On Wednesday, he drew on biblical quotes about wide vs narrow gates that SA could choose to go through.

And he said: “If we remain passive, economic growth will stagnate.

“Our debt will spiral inexorably upwards and debt service cost will crowd out public spending on education and other policy priorities ... Eventually the gains of the democratic era would be lost.”

A sovereign debt crisis would see the country unable to pay back the interest or principal on its borrowings.

“If we do not act now, we will shortly get there. The results are devastating,”  Mboweni said, pointing to the way a debt crisis would skyrocket interest rates and drive up inflation across the economy, as in Argentina and Zimbabwe.

Clearly, he managed to persuade the cabinet of the devastation — and the need to opt instead for the “active scenario” in which the deficit is brought down in the next couple of years and the debt stabilises at 87.4% in 2023/2024.

That is going to need the “zero-based budgeting” Mboweni has spoken of, in which government departments get rid of projects and programmes that are not priorities or are wasteful or unworkable.

It is going to need firm commitment on the part of the government that it has not shown until now —  which is why many may be sceptical about its ability to do so.

But it is going to be tough medicine not just for the government but for the economy — slashing government spending will itself weigh on consumption and public sector investment just as the economy is recovering.

So too will the R40bn of tax hikes which Mboweni has pencilled in for two years’ time, though there will be no tax hikes now.

But SA has little space to do much else. The only real way out of the fiscal disaster is to embark on the structural reforms which the government has long promised.

Crucially too, it will have to make sure to make it attractive too for the private sector to do the infrastructure spending which this week’s Sustainable Infrastructure Symposium showcased.

Meanwhile, Mboweni made it clear that Wednesday’s budget was simply a bridge to October’s more detailed medium-term budget.

And he clearly did not give in to pressure to dish out goodies to the likes of SA Airways or other SOEs with the begging bowl out.

The exception was the Land Bank, which was recapitalised to the tune of R3bn, in an effort to ensure it can continue to support SA’s food security.

And on the spending side, there was some detail on the R145bn of direct government spending that is part of the R500bn Covid relief package announced by President Cyril Ramaphosa in April.

Mboweni has found about R100bn of “reprioritisation” to fund the package, more than R20bn of which goes to Covid-related health care.

And though the higher debt will mean government has to borrow an extra R300bn or so on the market this year, about  $7bn (almost R100bn) of that is likely to be in the bag from international financial institutions, most notably the International Monetary Fund — with whom the government has been in tough discussions, Mboweni said.

“The first two months’ R35bn lag in targeted gross revenue collection is a major cause for concern.

“The minister’s caution about a sovereign crisis as a result of massive debt-to-GDP projections is not hyperbole,” Mona said.

“If, indeed, nothing is done, further downgrades would be unavoidable.

“Regrettably, the budget speech lacked important detail about how the deficit would be funded, to improve the country’s medium-term fiscal sustainability.

“The deafening silence on how SOEs will be handled going forward is concerning, as we know they are a drain on the country’s resources.

“Having said that, the recapitalisation of the Land Bank is welcomed, as the agricultural sector will continue to play a crucial role in the economy —  of course, dependent on how that capital is deployed.

“Capital infrastructure investment is going to be crucial going forward, but only if implemented efficiently.

“If we hope to ever get the country on the right fiscal track, some basic fundamentals need to be in place.

“These would include streamlined local government systems and processes, geared towards effective service delivery, devoid of maladministration and corruption, as well as improved ease of doing business.

“The private sector has, for many years, been advocating a shift to zero-based budgeting, hence this announcement is music to our ears.

“This would significantly reduce unnecessary and inefficient spending.”